Samsung is getting ready to launch the successor to its Galaxy Note smartphone. The original Galaxy Note features a 5.3 inch, 1280 x 800 pixel display, a 1.4 GHz Exynos dual-core processor, and a digital pen which you can use to write or draw on the capacitive touchscreen display (with an active digitizer).

It stands out from the smartphone field thanks to its nearly tablet-sized display and stylus support. But apparently people like that sort of thing. Samsung has sold millions of Galaxy Notes so far. 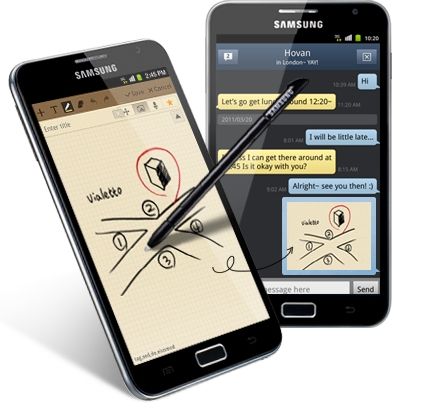 Now Reuters reports that Samsung is preparing to introduce the next-generation Galaxy Note at the Samsung Mobile Unpacked event on August 29th at the IFA trade show in Germany.

While Samsung isn’t saying anything about new features yet, odds are the new phone will have a faster processor. It could also have an even larger display, better camera, or other improvements (if you consider a larger screen an improvement).

Meanwhile, the Samsung Galaxy Note 10.1 is now available for purchase from Negri Electronics for $750. That’s the Galaxy Note’s big brother, with a larger 10 inch display and faster quad-core processor.