A new Chromecast is on the way. As Dave Zatz noticed, A Google device showed up at the FCC today, and the model number and label drawing look an awful lot like last year’s model.

It’s not clear if there are any major changes under the hood. But with Google’s new Android TV platform set to launch along with Android 5.0 Lollipop this fall, don’t be surprised if this year’s Chromecast has a few tricks that last year’s does not. 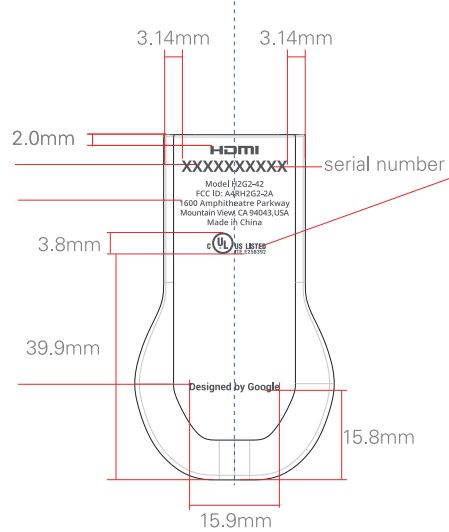 There’s no guarantee that the new Chromecast does run Android TV. It might just be a Google Cast receiver like last year’s model. That would allow Google to continue offering a cheap alternative to devices like the $99 Nexus Player which are designed to play games, display videos, and let you stream content from a phone or tablet.

Like the original Chromecast, the new model seems to support 802.11n WiFi, draws power from a micro USB port, and connects to a TV via an HDMI connector.

The original Chromecast launched in 2013 and features a Marvell Armada 1500-mini processor, 512MB of RAM, and 2GB of storage. We’ll have to wait for an official announcement before we know if this year’s model has a different processor, more memory or storage, or other enhancements.

Update: In an “Ask Me Anything” session on reddit, Members of the Chromecast team confirmed that they’re “always working to update Chromecast with the latest software and hardware components” but in a response to the new FCC listing, they said they “don’t have any new user-facing features planned for this device.”

The new model is said to have the “same features as the original and most users won’t notice a difference.”

In other words, there is a new model. But it’s pretty much the same as the old model.

One reply on “Next-gen Google Chromecast on the way?”