Motorola’s latest Moto X and Moto G smartphone might not be the only new handsets from the company this year. According to @upleaks, there’s a new phone called the Motorola Bounce coming in December.

It’s said to have a big battery, but a smaller screen than the latest Moto X models. 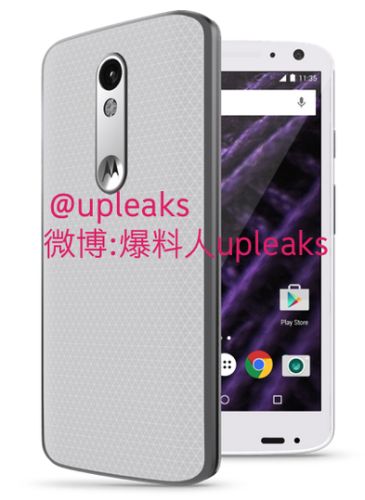 In other words, it’d have a smaller screen than the 5.5 inch Moto X Play, but the same screen resolution as the 5.7 inch Moto X Style/Pure Edition. If @upleaks is right, the Bounce would also have a bigger battery than either of those phones.

It’s worth noting that the 2015 Moto X phones also feature Snapdragon 808 hexa-core processors, while the Motorola Bounce is said to have an octa-core Snapdragon 810 chip.

Theoretically that could give the Bounce a big of extra power in some situations… but the Snapdragon 810 also has a habit of overheating, which can cause it to run slower than the Snapdragon 808 chip at times.

There’s no word on how much the Bounce will cost, what wireless carriers it will support, or what parts of the world it will be offered in.