Pretty much every phone maker has a device with top-tier specs these days, which is why companies are starting to turn to gimmicks like squeezable sides, support for modular accessories, and odd-looking designs.

Some companies, including LG and Yota Devices have even tried releasing phones with extra displays, offering new ways to interact with a phone.

Now Chinese phone maker Meizu is getting on on that second-screen action.

The new Meizu Pro 7 and Meizu Pro 7 Plus smartphones each have a secondary, 1.9 inch touchscreen display on the back of the phone, allowing you to view notifications, view the time, control music playback, and perform other actions while the primary display is dark. 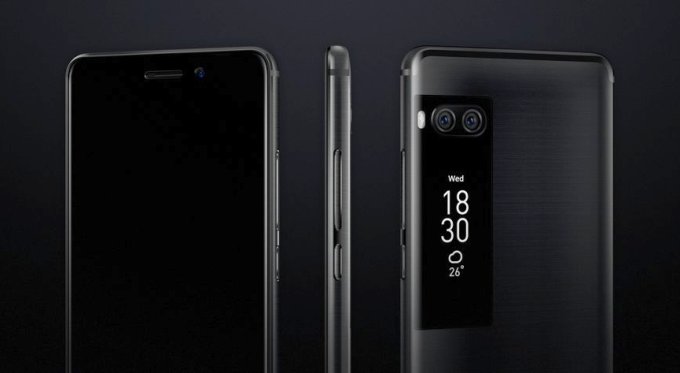 While early leaks had suggested that second screen would be an E Ink display, it’s actually a 536 x 240 pixel AMOLED display that lights up when you flip over the phone.

The larger model features Meizu’s mCharge 4.0 fast charging technology, while the 5.2 inch version feature mCharge 3.0. Both phones ship with Android 7.0 and feature dual 12MP Sony IMX386 cameras on the back and a 16MP front-facing camera.

Oh, one other nifty feature about that second screen on the back of the phone? It makes taking a selfie with the higher-quality rear camera a lot easier, since you can see what you look like before pushing the camera shutter button.