Want a Windows tablet but don’t want to spend a lot of money? In the United States your cheapest option is probably the Winbook TW700 which is available from Amazon or Micro Center for $70.

In China there’s an even cheaper option.The Ployer MOMO7W is a Windows tablet that sells for just 299 Yuan. That’s about $48 US. 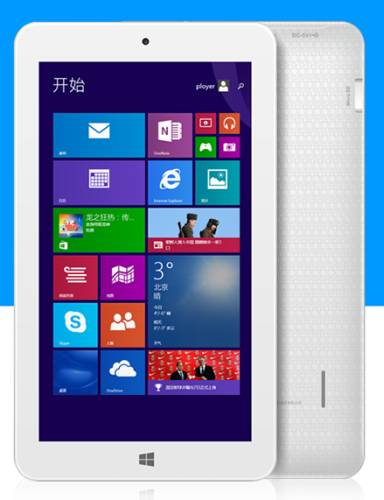 The Ployer MOMO7W features a 7 inch, 1024 x 600 pixel display, 1GB of RAM. 16GB of storage, and Windows 8.1 software. It also comes with a 1-year subscription to Microsoft Office 365. It has an Intel Atom Bay Trail processor, WiFi, and a microSD card slot.

While the screen resolution is disappointingly low, the tablet does have an HDMI port — which means you could plug it into an external display and use the tablet to stream videos to a TV. Just don’t expect to turn this $48 tablet into a full-fledged desktop-style computer by hooking up a keyboard, mouse and display: 1GB of RAM and 16GB of storage are good enough for basic Windows tablet apps, but they’re not really sufficient for running multiple desktop Windows apps.