Taiwanese chip maker MediaTek ships more smartphone processors than any other company, with over 40% market share in the second quarter of 2021. But for the most part MediaTek’s processors have been aimed at budget, mid-range, and “premium” phones… but not flagships.

The company has a plan to change that, and it starts with the new MediaTek Dimensity 9000 processor, which is expected to arrive in devices starting early next year. 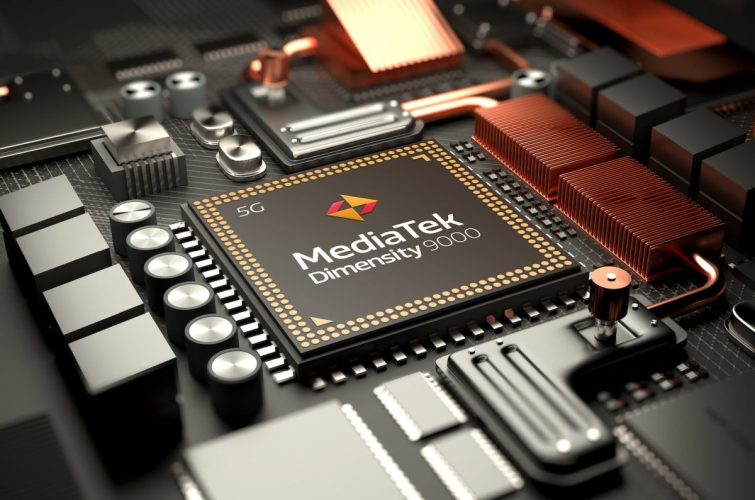 The Dimensity 9000 isn’t just MediaTek’s most powerful mobile processor to date. It’s also the first from any chip maker to feature a range of new technologies including: 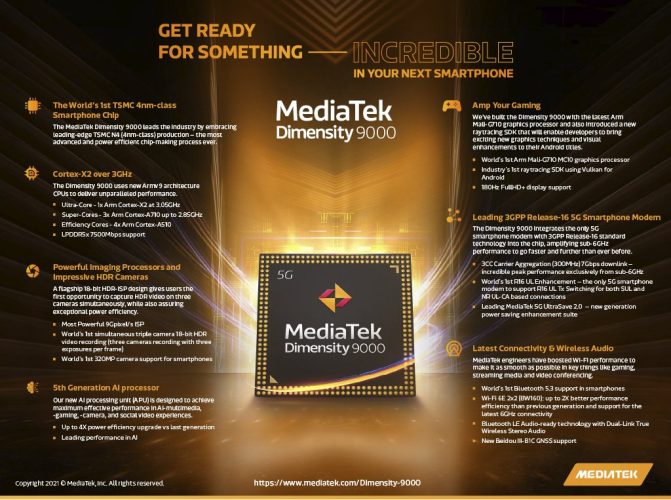 The Dimensity 9000 is an octa-core processor that features:

When ARM introduced those new designs earlier this year, the company promised up to a 35% boost in CPU performance, up to 3X the AI performance, and improved efficiency.

While it’s likely that most chip makers licensing ARM designs will take advantage of those upgrades soon, MediaTek is the first to announce a chip featuring the updated design.

A new Imagiq790 triple 18-bit ISP brings support for up to a 320MP single camera or three 32MP cameras. Video capabilities include support for recording 8K video at 30 frames per second or 4K video at 120 fps, while the chip can decode video at resolutions up to 8K/60fps.

The chip should support devices with FHD+ displays that have refresh rates up to 180 Hz, or WQHD+ displays at up to 144 Hz.

Without mmWave support though, the chip may have limited appeal in the US, where the technology is still rare, but considered a selling point for networks like Verizon.

Other wireless features include support for WiFi 6E and Bluetooth 5.3.

via @MediaTek, AnandTech, and The Verge