Google released the first Android 12 Developer Preview this week but, as usual, the company only really focused on the new features and behavior changes that would affect developers.

But the folks at xda-developers, Android Police, 9to5Google, Droid Life, Ars Technica, and other blogs have been poking and prodding Android 12 Developer Preview 1 to see what user-facing features have changed. And they’ve already found quite a bit. I’ve included a few details here, but make sure to visit those sites for more details about the changes coming to Google’s smartphone operating system later this year.

Keep in mind that some features may not make it to the final release coming this fall, while other new changes could still be introduced before then. 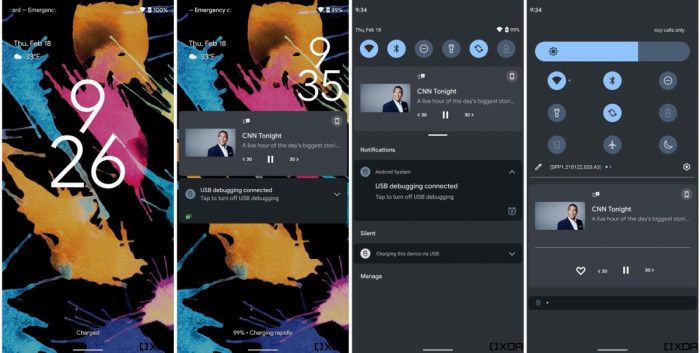 Here’s a roundup of

3 replies on “Lilbits: More Android 12 details emerge, that 7-screen laptop is even pricier than you thought, and Samsung’s next watch could run Android”