Apple introduced the world to the buzzwords “retina display” with the introduction of the iPhone 4 a few years ago. The idea was that you can’t easily spot individual pixels on a smartphone screen with more than 300 pixels per inch — and the iPhone 4 had 326 pixels per inch.

For some reason that led to an arms race in smartphone display technology, with companies releasing 720p, 1080p, and higher resolution displays — and showing along the way that many folks could tell the difference between a phone with 326 pixels per inch and one with, say, 450 or so. But the difference isn’t that great.

That hasn’t stopped Chinese phone maker Oppo from promising that it’s next phone would have a 5.5 inch, 2560 x 1440 pixel display with 538 pixels per inch. 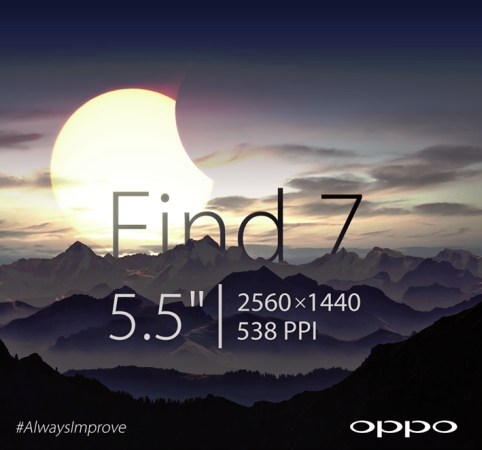