The Raspberry Pi Zero has some new competition. A Chinese company is running a crowdfunding campaign for a tiny computer-on-a-module called the Lichee Pi Zero that’s priced as low as $6.

It has an ARM-based processor, support for Linux-based software, and a smattering of connection options that let you use it for DIY computing projects.

The Lichee Pi Zero Indieogogo campaign also includes offers of additional hardware that let you assemble your own gadgets, including mini laptop or handheld computer kits. 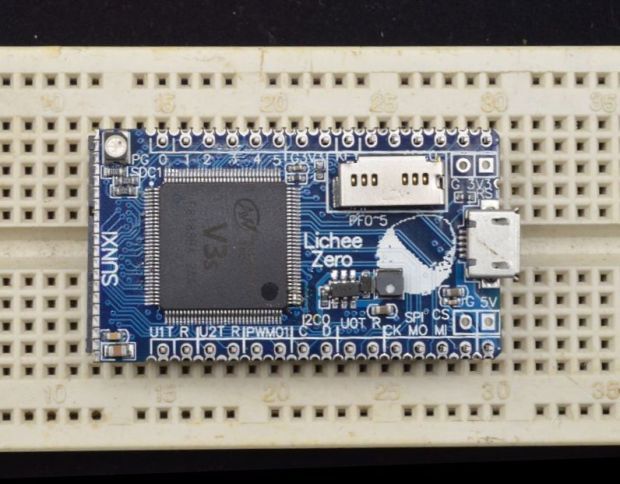 The little computer module is powered by a 1 GHz Allwinner V3s ARM Cortex-A7 processor with Mali-400 graphics and it features a micro USB port and microSD card slot as well as an RGB connector for hooking up an LCD display.

There are also a series of headers that can be used to connect expansion boards that feature things like microphones, headphone jacks, additional input and output options, and other hardware.

While prices sort of start at $6 for a single Lichee Pi Zero, right now the only way to get that price is to make a pledge of $12 to get 2 boards, with an estimated delivery date of May, 2017.

You can also pay $16 to get two LicheE Pi ZeroW boards which come bundled with a microSD WiFi card, also delivered in May… or early adopters can pay $12 to get a ZeroW with WiFi delivered in April.

Measuring 44.6mm x 25.5mm (1.8″ x 1″) the Lichee Pi Zero is even smaller than a Raspberry Pi Zero, and the number of accessories available through the crowdfunding campaign is pretty impressive. But the key advantage to a Raspberry Pi product is the widespread adoption of the Raspberry Pi platform: there’s a large community of developers coding for the platform, and even magazines dedicated to working with Raspberry Pi solutions.

But at $12 for two modules, the Lichee Pi Zero looks pretty tempting… especially given that the Raspberry Pi Foundation has often had a hard time keeping up with demand for its Zero line of products.