Motorola may have been the first smartphone maker to launch a soak test for Android 5.0, rolling out a pre-released build of Google’s latest software to early testers… but LG wins the race for being the first company to begin rolling out Android 5.0 Lollipop to all users of its flagship phone… kinda.

LG has announced it’ll start rolling out the software update to owners of the LG G3 smartphone, starting in Poland. Updates will hit users in other markets soon. 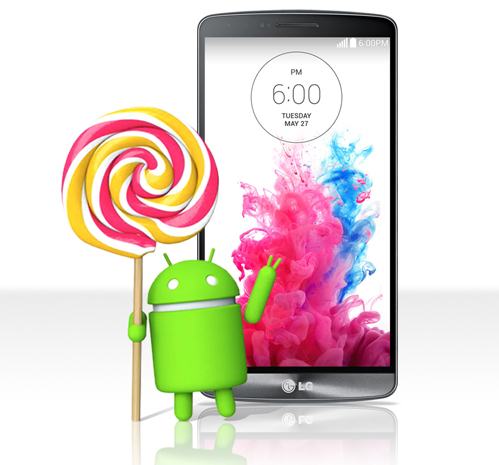 In other words, LG G3 users in at least some markets might end up getting an over-the-air update before users of the Google-branded Nexus 4, Nexus 5, Nexus 7, or Nexus 10.

I guess this is what happens when Google releases a developer preview months before actually launching a new version of Android. It doesn’t just give app developers time to update their software to meet the latest design guidelines… it also helps device makers familiarize themselves with the newest Android software so they can push out OS updates quickly.

Among other things, Android 5.0 includes a new design language called Material, notification options that give you more control over how and where you’ll see alerts, a redesigned recents view, and an updated Quick Settings panel.