This year Intel will start producing Xeon chips designed for laptops for the first time, and Lenovo has announced plans to build two of the first laptops featuring those chips.

Lenovo says both P Series mobile workstations will be available in the fourth quarter of 2015. 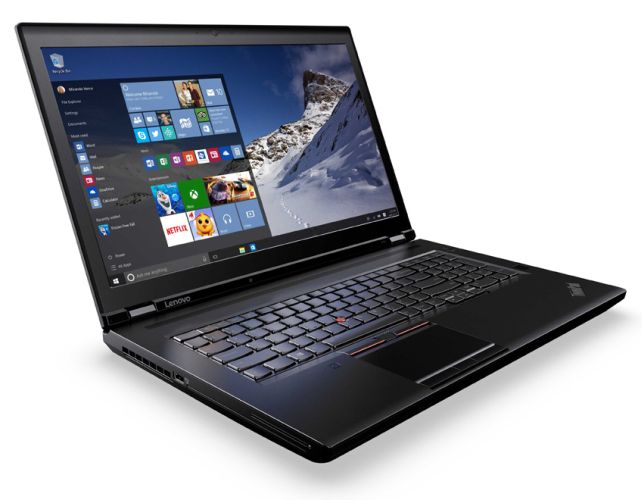 Sure, they’re bigger than the laptops we usually cover at Liliputing, but they’re still more compact than most systems with Intel Xeon chips.

Up until recently, Intel’s enterprise-class Xeon processors were designed specifically for servers and high-performance desktop computers, and the handful of laptops that were produced with Xeon chips used desktop-class processors. The Eurocom Panther 5SE, for example, is a 17 inch laptop with a 12-core Xeon chip. It weighs 12 pounds.

The new mobile chips will be based on the company’s 14nm Skylake architecture, and it’s likely that they won’t have all the features we’ve come to expect from Xeon chips (don’t expect a 165 watt, 18-core processor for laptops). But Intel has said that its new laptop chips will include hardware-assisted security, Intel vPro, Thunderbolt 3 support, and error-correcting memory.

Lenovo says the upcoming ThinkPad P70 will support up to 64GB of DDR4 ECC memory, support for up to four storage devices, and up to 1TB of SSD storage. It has two Thunderbolt 3 ports and an optional 1920 x 1080 pixel touchscreen display if you’d prefer that to the 4K non-touch screen.

The 17 inch laptop weighs more over 7 pounds and measures about 1.2 inches thick. But at least it’s more portable than a desktop. It also has a hefty 8 cell, 96 Whr battery.

The 15.6 inch model weighs 5.6 pounds and measures about an inch thick. It has support for three storage devices, one Thunderbolt 3 port, and lacks an optical disc drive. This model has a 4 cell, 66 Whr battery. Lenovo says it’s a follow-up to the ThinkPad W541 Mobile Workstation.