Jolla launched its first smartphone running the Sailfish Linux-based operating system last year. Now the company wants to add a tablet to its lineup, and it’s taken to crowdfunding site Indiegogo to raise money for the project.

The company says its tablet will be able to run Sailfish and Android apps, and Jolla is hoping its tablet will stand out by offering what it says is the best multitasking experience available on a tablet. 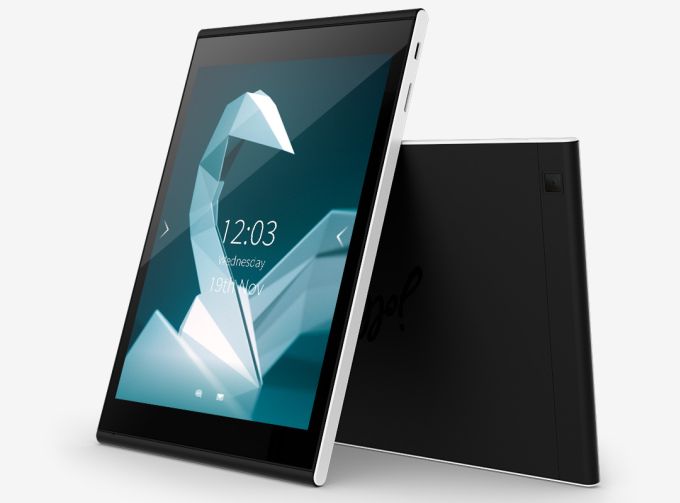 It measures 8″ x 5.4″ x 0.33″ and weighs 13.5 ounces. In other words it’s similar in size and shape to an iPad mini or Nokia N1 tablet. But it’s cheaper than either, at least during the crowdfunding stage: early backers of the Indiegogo project were able to reserve tablets for $189. Later units went for $199 and as of the time I’m publishing this article, the price of a table is up to $204.

But while the price and specs are part of what makes the Jolla tablet interesting, it’s the software that really sets it apart from anything else on the market.

Sailfish is an open source operating system that grew out of the ashes of the MeeGo operating system Nokia had been working on with Intel before switching to Windows Phone software for its smartphones.

There aren’t nearly as many native apps for Sailfish as there are for Android or iOS, but Jolla gets around this by enabling support for some Android apps on Sailfish. That’s an approach that BlackBerry has taken too… and while it probably isn’t enough to convince die-hard Android fans to switch to BlackBerry or Sailfish, at least it does increase the number of apps available for each of those platforms.

Note that the phone also lacks the Google Play Store and other Google Mobile services. Instead you can install Android apps from the Yandex.Store.

One place where Jolla thinks Sailfish OS can excel is multitasking.

Instead of simply letting you flip through cards or thumbnail icons for running apps, Sailfish will let you view live previews of all apps that are running on your device — and let you control apps from that view. For instance you’ll be able to play or pause a video or skip tracks in a music player from the multitasking view without opening the app in full screen mode.

Sailfish also doesn’t require you to push any buttons. The operating system and native Sailfish apps rely on gesture-based navigation which makes it easy to switch apps, view notifications, or perform other actions without hunting for on-screen buttons.

Right now Sailfish is optimized for phones, but Jolla plans to bring tablet support to Sailfish OS 2.0, and the company isn’t just seeking money to help make that happen. They’re also soliciting user input through the user forum at together.jolla.com.