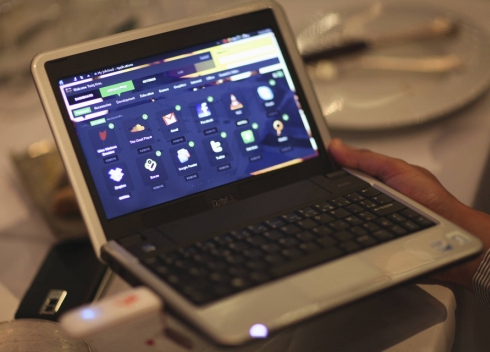 Jolicloud is an operating system designed specifically for netbooks. It’s based on Linux, but the goal is to integrate web applications like Gmail and Facebook seamlessly into the desktop to make cloud based computing as natural as firing up a program from your desktop.

The software has been in development for months, but according to the company’s Twitter stream, Jolicloud will be launching a new web site soon (and presumably a public alpha or beta soon after).

In the meantime, here’s a list of mini-laptops that will be compatible with Jolicloud:

The team hasn’t tested an Acer Aspire One yet, but like most Intel Atom N270 machines, it should work. You may also have noticed that there are a few HP, Asus, Samsung and MSI models missing from the list. That doesn’t mean they won’t be able to run Jolicloud. It just means some of them haven’t been tested yet.