Intel’s 11th-gen Core “Tiger Lake” processors have delivered on their promise by offering a big boost in graphics performance, a more modest (but still significant) bump in CPU performance, and new features including support for Thunderbolt 4 and WiFi 6.

But so far Intel has only released Tiger Lake Y and U-series chips aimed at thin and light laptops and mini desktop computers.

Now Intel is expanding its 11th-gen processor family with new Tiger Lake H35-series chips that the company says will bring the same kind of performance gains to gaming notebooks powered by chips with up to a 35 watt TDP. 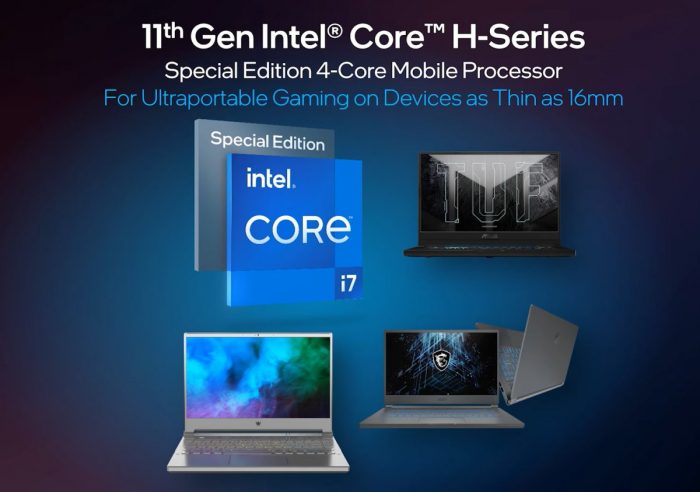 Intel says these new 11th-gen Core H35 series processors are 10nm processors designed for notebooks with discrete graphics, but they also included the company’s latest integrated graphics technology for up to twice the graphics performance of a 10th-gen Core H “Comet Lake” processor. 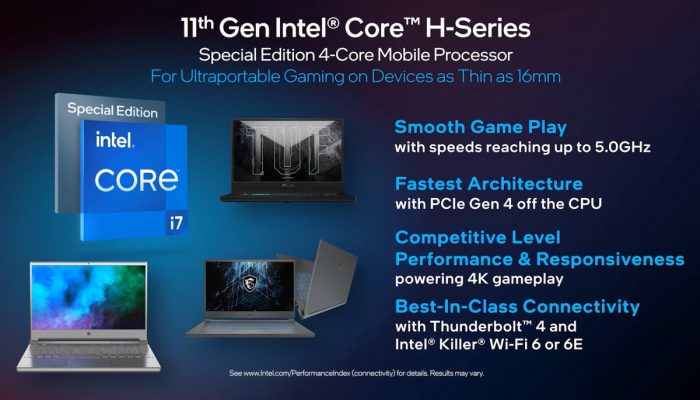 Intel has provided details for three of the first Tiger Lake-H35 series processors:

As AnandTech points out, these new chips are basically what you’d get if you took Tiger Lake-U processors and cranked up the TDP to 35 watts. But the chip maker isn’t stopping at the H35 series. 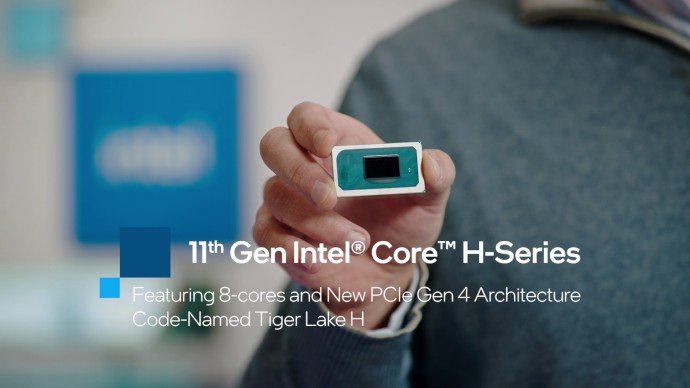 Later this year Intel says it will bring desktop-class performance to an 11th-gen mobile H-series processor code-named Tiger Lake H. It’ll be a line of 45-watt processors available with up to 8-cores and 16-threads with a top-of-the-line processor capable of hitting 5G GHz speeds on multiple cores simultaneously and it’ll support 20 lane PCIe for up to 40 Gbps throughput. 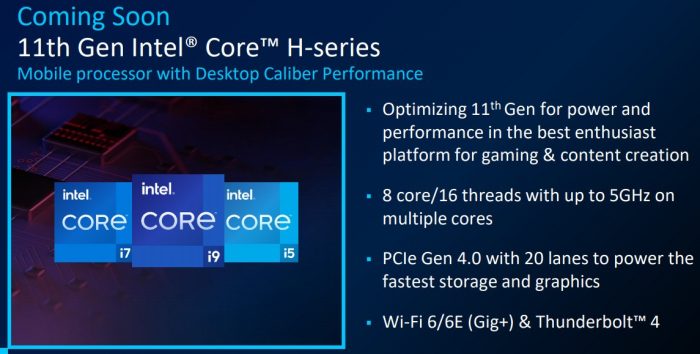 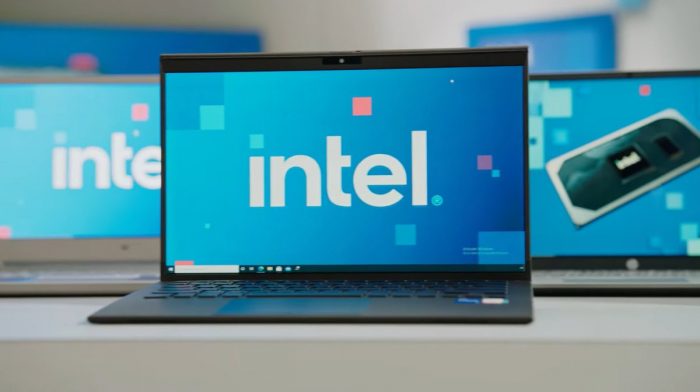