Jide’s Remix OS is a custom version of Android designed to make Google’s mobile operating system feel like a desktop OS. And it pretty much works.

The developers of Remix OS have released two devices that ship with the software, a tablet and a mini desktop computer, and they’ve also made the software available to Chinese device makers such as Cube.

Now Jide wants to make it easy for anyone to install Remix OS on an existing computer. Starting January 12th you’ll be able to download an alpha version of Remix OS for PCs and install it on just about any system with an Intel or AMD chip. 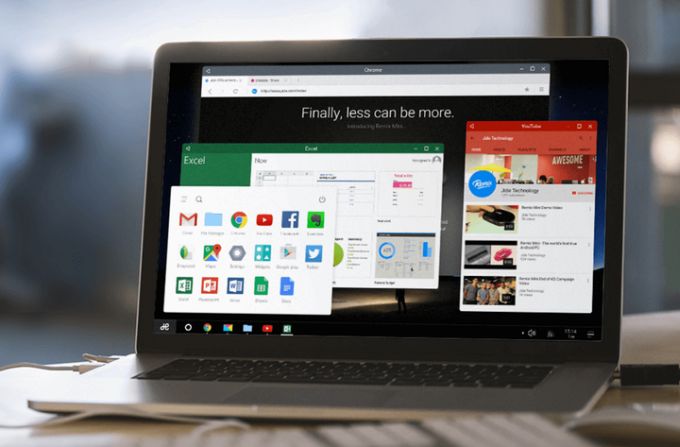 Jide worked with the developers behind the Android-x86 project to bring Remix OS to desktops.

The current build is a version of Remix OS 2.0 which is based on Android 5.0 Lollipop. It includes access to the Google Play Store, allowing you to install and run thousands of apps and games. But unlike most versions of Android, Remix OS includes a taskbar, support for viewing multiple apps at once in resizable windows, and memory management tweaks that keep you from losing data when switching between apps if your device is running low on memory.

You’ll be able to run Remix OS 2.0 on a PC by downloading it to a USB drive and then booting from that drive.

While you don’t need a powerful computer to run the operating system (the $70 Remix Mini PC has just 2GB of RAM and a low-power ARM-based processor), Jide says a computer with a Core i7-4590 processor performs almost three times better in some benchmarks than a Samsung Galaxy S6 smartphone.

Update: Check out our interview with Jide co-founder David Ko for more details about Remix OS for PC as well as some of Jide’s other plans for 2016 and the future.