Hauawei’s first smartphone with a foldable AMOLED display is almost here… if you’re reading this in China anyway.

The company has announced the the Huawei Mate X foldable smartphone will go on sale in China on November 15th for 16,999 yuan, which is about $2,400.

That makes Huawei’s first foldable even more expensive than the Samsung Galaxy Fold which launched earlier this year for $1980, but Huawei’s phone is different from Samsung’s in some key ways. 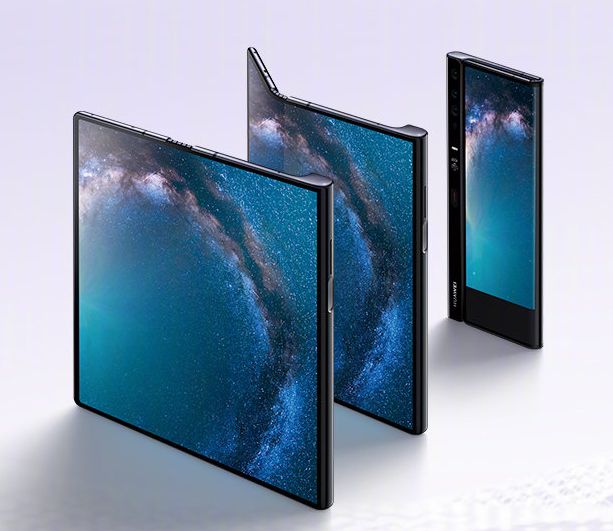 It also has just a single large foldable display that wraps around the phone when folded, giving you more screen space no matter how you’re holding the Mate X.

Huawei’s Mate X has just a single display… but it works like three different screens.

Thanks to that rear display, the Mate X doesn’t need separate front and rear cameras — you can use the rear cameras to snap selfies while using the smallest portion of the screen (which is still pretty big) as a viewfinder.

One thing the Samsung Galaxy Fold has going for it that the Huawei Mate X doesn’t? Google Play services.

Like the recently launched Huawei Mate 30 Pro, the Mate X will ship without the Google Play Store or other key Google apps and services due to trade restrictions. It’s possible that if the US lifts those restrictions Huawei could offer Google Play Services through a software update — but for now it’s interesting to note that the company has only unveiled a Chinese release date. The company is apparently still reviewing options for launching the phone in other countries.

Huawei is also expected to launch a Mate Xs foldable phone next year with a more powerful Kirin 990 5G processor.

via 9to5Google and The Verge