It’s been a few days since HP started liquidating the 9.7 inch HP TouchPad tablet with webOS 3.0 — and the tablet has gone from one of the worst selling consumer electronics devices to one of the most sought-after products. It’s funny what slashing the price from $399 to $99 will do. 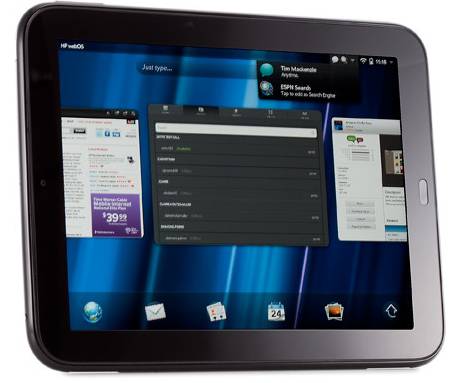 Unfortunately it’s still very hard to come by a $99 Touchpad in the wild. Staples is still showing a listing for the 32GB model for $149, but the tablet appears to be out of stock online and in most stores. Last night Amazon had a few units for a few moments, but those quickly sold out. But there are still a few places to find cheap TouchPads.

Book store Barnes & Noble is selling the 16GB HP TouchPad for $101.95 plus tax and shipping. This deal only seems to be good on the B&N website. There’s no way to arrange for in-store pickup.

The HP TouchPad was only on sale in Australia for a few days before HP announced it was canceling the tablet. But today there are reports that retailer Harvey Norman is selling the TouchPad for just $98 today. A number of people have confirmed this in the OzBargain forum — but stores appear to be selling out rather quickly.

At $99 the HP TouchPad makes a pretty good eReader, web surfing device, or portable media player. But some people are picking them up for other reasons — either to tinker and install an alternate operating system such as Ubuntu or Android, or to sell for a profit.

You can already find TouchPads going for low prices on eBay. Sure, you won’t find many $99 deals on eBay, but you might be able to score one for less than last week’s suggested retail price of $399 for a 16GB model and $499 for a 32GB TouchPad.

A handful of retailers are still selling the tablets for full price. Radio Shack still has units in stock, and Geeks.com is actually charging more than the old suggested retail prices. It might be worth keeping an eye on these stores to see if prices fall.