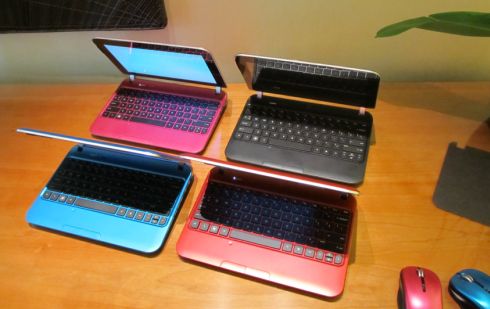 HP has introduced a new design for the HP Mini 210 netbook. The mini-laptop is getting a visual refresh, a new audio system, and a redesigned case, battery, and touchpad. The $299.99 starting price, though, is staying the same. The new HP Mini 210 will be available for purchase in the US starting June 15.

The netbook is still powered by an Intel Atom processor, 1GB of RAM and Windows 7 Starter Edition. The base model will have an Atom N455 chip and 1024 x 600 pixel display, but a higher resolution 1366 x 768 pixel screen option will be available, as will a dual core 1.5 GHz Intel Atom N550 processor option.

Here’s a look at some of the new features in the refreshed HP Mini 210. 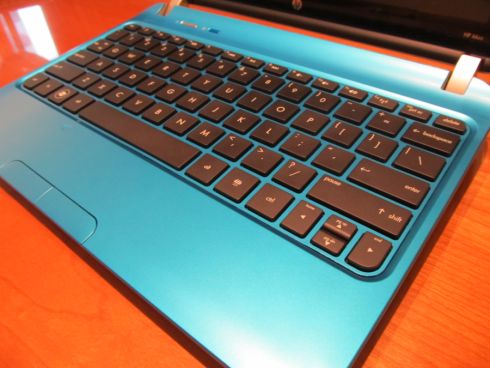 While earlier models were available with black or colored lids and base plates, the new HP Mini 210 carries the color onto the keyboard area, giving the netbook a much more uniform look.

HP has also redesigned the battery so it sits flush with the base of the netbook and there’s no gap between the base and lid when the battery is removed. Basically this means the netbook will look better sitting on a store shelf if a retailer removes the battery for some reason, but it probably won’t have a huge impact on end users. 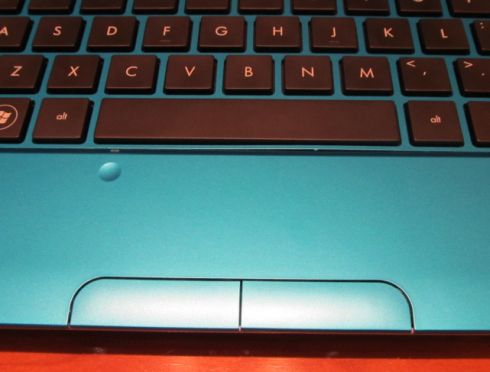 The touchpad has also been redesigned… mostly for the better, I think. Gone is the clickpad with integrated buttons built into the touchpad itself. Instead there are now separate left and right mouse buttons below the touch area. That’s the good news.

The less good news is that the touchpad blends in perfectly with the palm rest area. While it certainly looks pretty, there’s no way to detect with your finger where the touchpad ends and the palm rest begins, which could lead to some awkward swipes until you get used to the touchpad.

There’s also a button in the corner allowing you to disable the touchpad altogether if you don’t need it.

The last few netbooks and notebooks from HP have made it incredibly easy to remove the entire rear panel of the computer to upgrade or replace the RAM, hard drive, wireless card, and other components. While this isn’t a feature most people will ever need, the new HP Mini 210 makes things even easier. 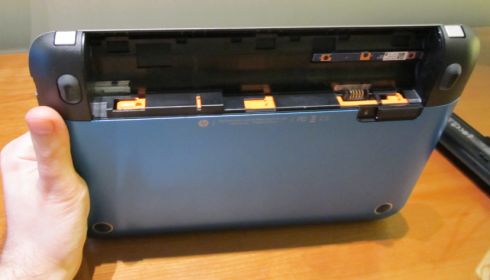 The basic mechanism is the same: Pop out the battery, flip a switch, and remove the base plate. But while earlier models required you to pry at the base panel pretty hard to snap it off, the new model is incredibly easy to remove and replace. The process takes just a few seconds. 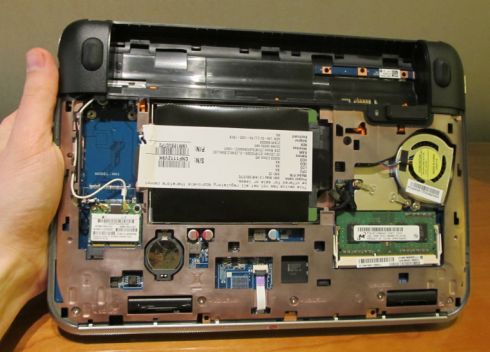 The final change is that HP is now including Beats Audio on the HP Mini 210.

The HP Mini 210 will be available in black, red, pink, purple, and blue colors. The netbook has 3 USB ports, VGA output, mic and headphone jacks, an SD card slot and an Ethernet port. 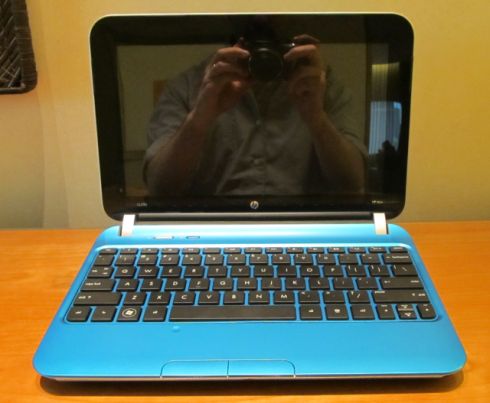 The 10.1 inch display features a glossy finish and the laptop features a spill-resistant keyboard, WiFi, and ships with a 6 cell, 55Whr battery which HP says should be good for up to 9.5 hours of run time.