The HP Elite x3 is a smartphone that you can also use as a desktop computer. It runs Windows 10 Mobile software and supports Microsoft’s Continuum for phone software that lets you connect a keyboard, mouse, and external display to run some apps in desktop mode.

But HP is targeting enterprise users: in addition to Universal Windows apps, you’ll be able to run full-fledged Win32 apps in desktop mode… sort of.

HP unveiled the Elite x3 in February and it recently passed through the FCC website, which could be a sign that the phone will be available for purchase soon. 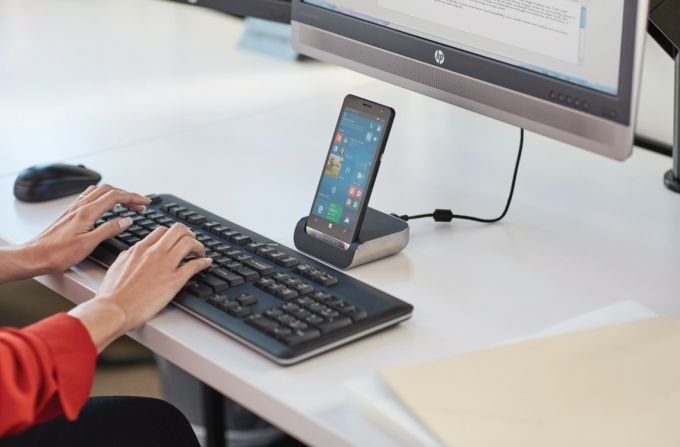 The phone has a 6 inch, 2560 x 1440 pixel AMOLED display, a Qualcomm Snapdragon 820 processor, 4GB of RAM, and 64GB of storage. It’s the most powerful Continuum-ready phone to date.

But it’s not just the high-power hardware that makes the phone stand out. It’s also HP’s enterprise solution that allows corporate users to run desktop apps via virtualization.

HP and Citrix developed a virtualization system that lets customers use apps that wouldn’t normally be available on a phone with an ARM-based processor. IT administrators can basically set up a server with the apps employees need to be able to use, and then users login to that remote server from the phone to use the software.

That means you can only access those apps if you have an internet connection. But it also means that for at least some users, the HP Elite x3 is more of a desktop replacement than most other phones on the market.

Theoretically employees could use the phone for most or all of their computing needs, whether sitting at a desk or on the go.

HP will offer accessories including a desktop docking station and a laptop-style device called the Mobile Extender that lets you use the phone like a notebook when you’re not using it like a desktop. The Mobile Extender weighs 2.2 pounds, has a 12.5 inch, 1920 x 1080 pixel display, a keyboard and touchpad, and a 48 Wh battery.

Apparently the Mobile Extender can also be used with other phones, including the Microsoft Lumia 950 XL.

HP hasn’t announced the price or release date for the Elite x3 yet, and the FCC documents don’t tell us much that we didn’t already know… other than the fact that HP refers to the 6 inch phone as a “phablet,” which seems kind of funny now that large-screened smartphones are more common than models with 5 inch or smaller displays.