HP’s been offering Chrome OS laptops for a few years, but for most of 2015 the company’s lineup has had an interesting quirk: the HP Chromebook 11 featured an Intel Celeron Bay Trail processor while the HP Chromebook 14 had an NVIDIA Tegra K1 ARM Cortex-A15 chip.

Yep, the new HP Chromebook 14 for the end of 2015 uses 2-year old chip technology rather than a new Braswell or Skylake processor.

The good news is the latest HP Chromebook 14 is reasonably cheap, with a starting price of $250. 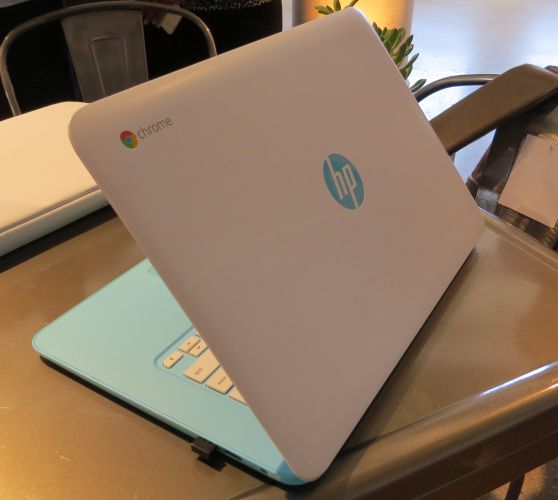 The notebook has a full-sized HDMI port, a microSD card slot, a headset jack, and HP says the Chromebook 14 should get up to 9.25 hours of battery life.

HP says the Chromebook 14 should be available in November, although a business/education version called the HP Chromebook 14 G4 with 32GB of storage and some enterprise features launches in October for $279.