Apple is launching its first Siri-powered home speaker. It’s called HomePod, and on the one hand it seems like a rather late entry into the space first created by the launch of the Amazon Echo in 2014.

But Apple thinks HomePod will stand out in a few ways. The company says the HomePod offers the kind of audio quality you’d expect from a high-end WiFi speaker from a company like Sonos as well as the smarts you’d expect from something like an Amazon Echo or Google Assistant.

The most important thing though? It’s tied into Apple’s ecosystem… so if you’re already using an iPhone, iPad, and Mac… this is probably the speaker you’re going to want. 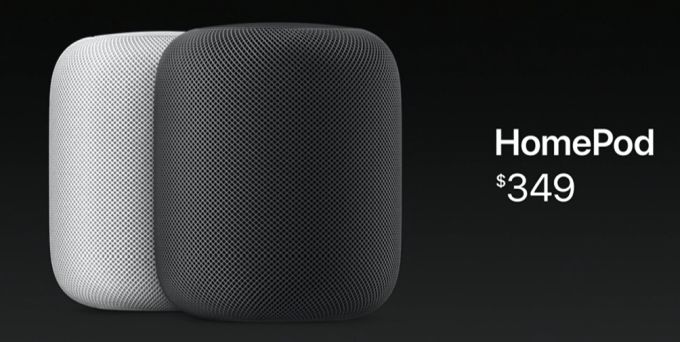 You can use the “Hey Siri” wake word to interact with HomePod, control smart home devices that are tied into Apple’s HomeKit ecosystem, and stream music from Apple Music, among other things.

It also supports news updates, traffic alerts, stock information, alarms and timers, translation, and other features. It can answer questions, just like Siri on a phone or other device. And there’s a 6-microphone array to pick up your voice from across a room.

There’s also a 7 beam-forming tweeter array and directional control to fill a room with music.

Apple’s HomePod speaker measures about 7 inches tall and has a vaguely familiar design. And since it’s compatible with the multi-room audio capabilities baked into the Apple Airplay 2 service that rolls out with iOS 11, you could buy a few HomePods and use them to create a whole-home speaker solution similar to what you can get from a set of Sonus speakers.

But generally speaking, if you’re not already using Apple products? Then I’m not sure why you’d buy HomePod unless you’re really dissatisfied with the audio quality of Google Home or Amazon Echo devices (in which case you could just spend $50 on an Echo Dot and plug it into a high-end speaker).

Apple’s HomePod ships in the US, UK, and Australia in December, and it will eventually make its way to additional markets.

6 replies on “HomePod is Apple’s answer to the Amazon Echo, Google Home, and Sonos speakers”