That’s because both phones have the same processor, memory, storage, cameras, software, and other key features. But that doesn’t mean they’re identical. 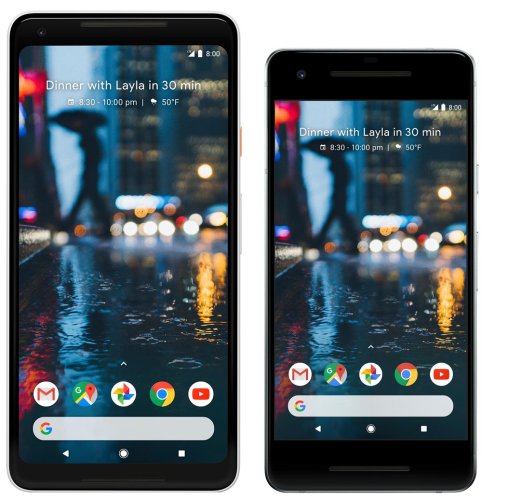 Here are some of the key differences between the new phones:

Now for some of the similarities. Both phones have Qualcomm Snapdragon 835 processors. Both have 4GB of RAM and come with either 64GB or 128GB of built-in storage.

There’s no microSD card slot, but you do get unlimited high-quality photo and video cloud backup using Google Photos.

The two phones have the same 12.2MP rear and 8MP front-facing cameras. Both have stereo front-facing speakers, 802.11ac WiFi, Bluetooth 5.0, GPS, NFC, and an eSIM as well as a SIM card slot.

The phones have Active Edge support, which means you can squeeze the sides to launch Google Assistant. There’s a Pixel Imprint fingerprint sensor on the back, and a USB 3.1 Type-C port on the bottom.