When details about Lenovo’s Yoga Book started to leak earlier this year it was clear that the laptop would feature a convertible tablet-style design. What wasn’t at all clear until Lenovo officially unveiled the Yoga Book in August was that the Yoga Book was unlike any convertible notebook you’ve ever seen before. 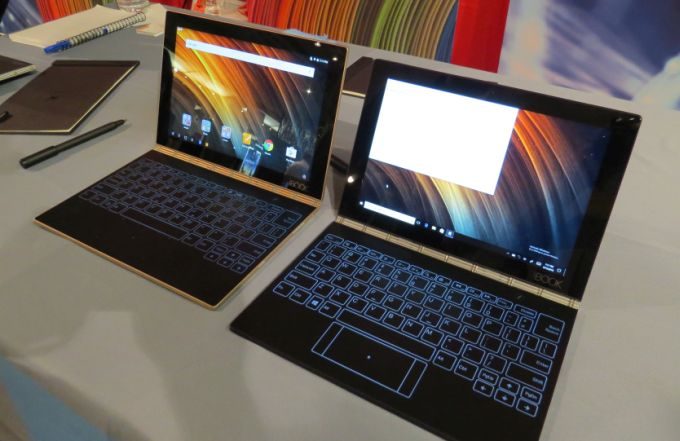 That’s because it doesn’t have a physical keyboard. Instead, there’s a Wacom graphics tablet built into the area where you’d normally find a keyboard. Touch a portion of the graphics pad (which Lenovo calls a Create Pad) and a backlight will illuminate a virtual keyboard, letting you know where to place your fingers while typing. Press the button again and the keys fade away, allowing you to use a pen to write or draw without covering up the screen.

The Yoga Book should be available soon, and comes in two versions: a $499 Android model and a $549 Windows version. Aside from the software and a few difference in the virtual keyboard, the two devices are identical.

I got a chance to spend a little time with both models recently, and while the Yoga Book probably isn’t for everyone, it’s a pretty impressive little computer with a surprisingly usable keyboard.

In other words, this 10 inch notebook weighs less than a first-gen Apple iPad, making it pretty comfortable to hold in one hand, even though it has a permanently-attached Create Pad/keyboard. 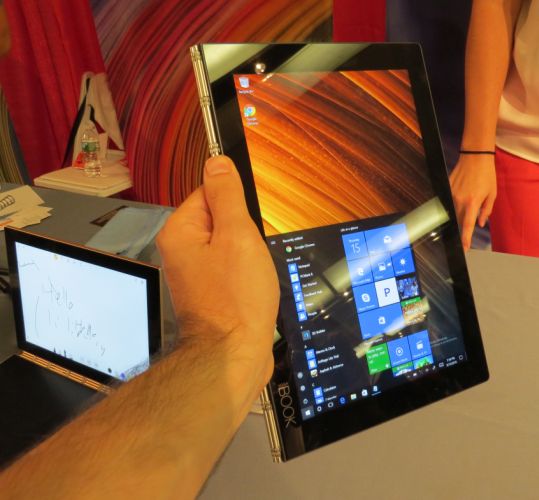 There’s a 360-degree, watchband-style hinge that allows you to fold back the bottom section of the notebook when it’s not in use, making the Yoga Book feel just like a tablet.

When you do want to type, you can use the Yoga Book like a clamshell-style notebook. There are no physical keys, so nothing moves when you’re typing. But there is some haptic feedback: the Yoga Book vibrates a bit every time you press a virtual key. 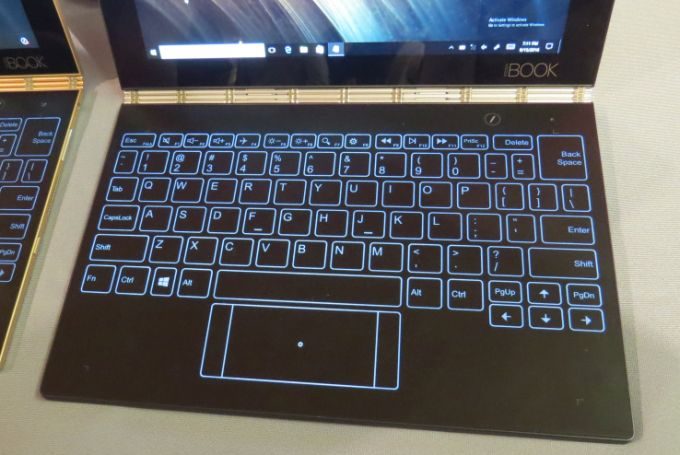 Overall, I found that I could touch type without any real practice… but my accuracy was less than stellar. The good news is that if you’re using the Android version of the Yoga Book, you can take advantage of auto-correct features to help fix typing mistakes in real-time. I’m also told that it takes the typical person about 2 hours of typing on the Yoga Book to get used to the keyboard. I only spent a few minutes.

Lenovo was also able to equip the Android version of the Yoga Book with some other custom apps for note-taking and drawing and integrate pen features with the operating system in a way that wasn’t possible with the Windows model (although Windows 10 does have support for Microsoft’s ink Workspace).

I’m not much of an artist and my handwriting is so terrible that I don’t spend much time using pen and paper, let alone digital pens. But I did try out some of the Yoga Book’s pen features. 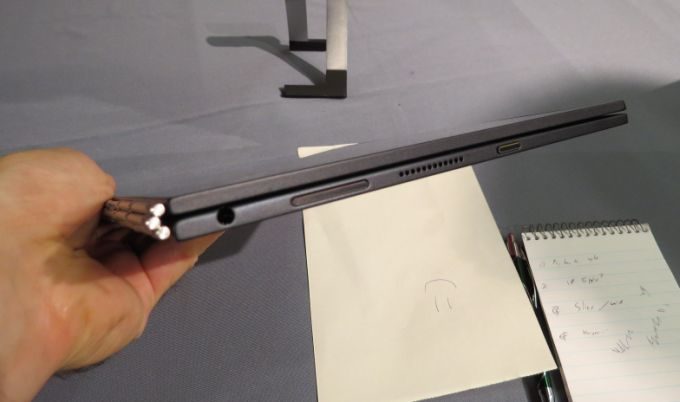 The stylus that comes with the Yoga Book can be used in two ways: use a digital pen tip to draw lines directly on the Create Pad, or place some paper on top of the pad and use the same pen with an ink tip to create digital and paper notes at the same time. As you draw on the paper, the Wacom digitizer will pick up your pen strokes and save a digital copy of your work.

With some apps, you can even take paper/digital notes when the screen is off in order to save battery life… although Lenovo says the Android version of the Yoga Book should get up to 15 hours of battery life with the screen on. The Windows version should get a little less run time. 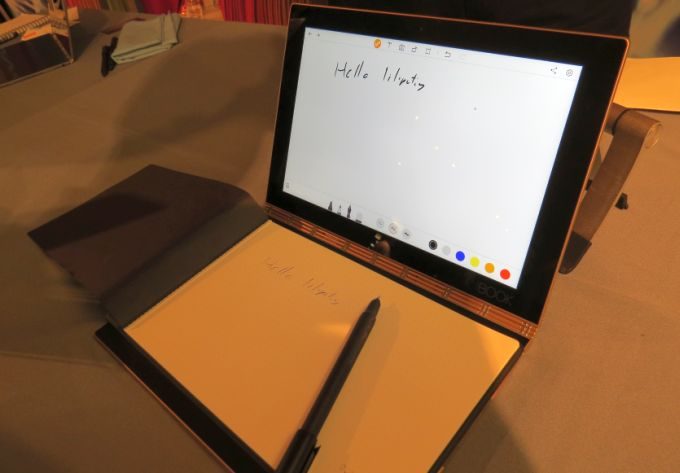 Lenovo includes a notepad with a magnetic back with the Yoga Book. It stays in place as you write, and if you run out of paper, you can buy A5 paper from any stationary store to refill the notepad. But you can also just place any old sheet of paper over the top of the Create Pad and start writing: the Yoga Book can recognize pen input through a small stack of paper.

The Wacom digitizer and pen combination allows the Yoga Book to recognize 2048 levels of pressure sensitivity, allowing you to use graphics apps to paint precision pictures… assuming you have more artistic talent than I do. Personally, I managed a stick figure and a smiley face. Your results may vary. 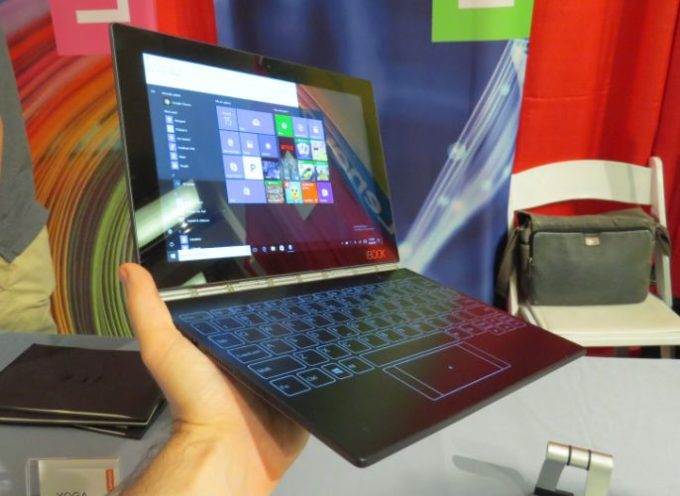 What’s significant here is that Wacom graphics tablets on their own can sell for hundreds of dollars. This one is built right into Lenovo’s notebook… and it can act as a keyboard when you don’t want to use it for taking notes or drawing pictures.

It remains to be seen how much demand there is for this kind of product. But Lenovo representatives tell me the company spent 3 years developing the technology and has plans to expand the Yoga Book product lineup with additional models featuring larger displays, faster processors, and other features.