GPD’s second handheld PC designed for gaming is coming in 2018, and the GPD Win 2 is expected to have a bigger screen, faster memory and storage, and a more powerful processor than the original GPD Win.

It’s also expected to cost more. GPD has announced that the GPD Win 2 will sell for $599 during an Indieogogo campaign set to launch on or around January 15th.

When the little computer hits retail stores in April, it’ll sell for around $699. 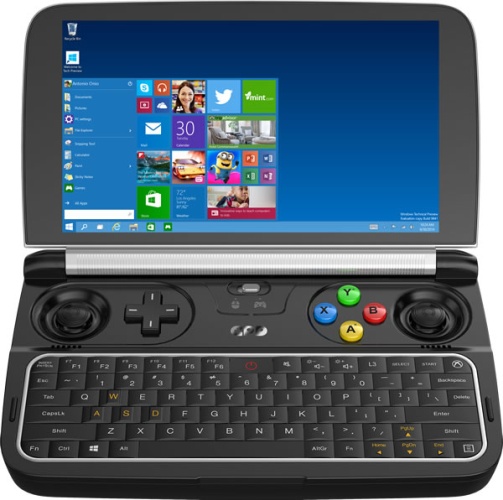 I should point out that the company is also sending out an email to some folks saying the “official retail price will be $1000,” but it looks like that’s one of those fake prices that retailers list just so they can put a red line through it and show you the sale price.

With the new model going for as much as $699, the GPD Win 2 is in the same price range as a mid-range laptop… which would probably have better specs than the Win 2, and which would almost certainly have a better keyboard. What it would lack is the physical gaming buttons and portability that come with this sort of tiny computer.

I guess we’ll find out pretty soon whether there are enough mobile gaming enthusiasts willing to spend that kind of money to justify the existing of a $599 – $699 device like this.

Here’s a run-down of the specs for the new model:

The system has analog and digital sticks, 6 shoulder buttons, and X, Y, A, B gaming buttons and it should be able to handle a number of games if you set the graphics levels to low.