Google’s Android Go Edition software is designed to run on entry-level smartphones, and since introducing Android 8 Oreo (Go Edition) last year, Google says device makers have shipped more than 200 different phones powered by the software, with some models selling for as little as $30.

But while these phones can run Android Go Edition software, they’re not exactly top performers. So now that Google is introducing Android 9 Pie (Go Edition), the company is promising a couple of improvements that will roll out along with the new version of Android Go Edition this fall.

None of them are likely to make a $30 smartphone feel like a $300 device. But they could make cheap phones feel… slightly less terrible. 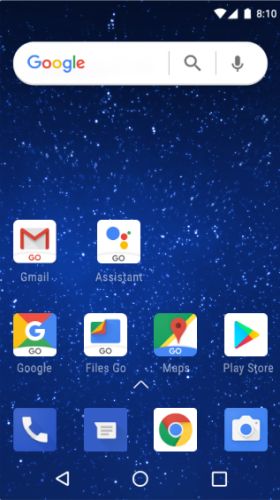 Android 9 Pie (Go Edition) also uses up to 500MB less storage space than Android 8 Oreo (Go Edition). That might not sound like a lot, but if you’ve got a phone with just 4GB of built in storage, this software update could give you 12.5 percent more space for apps, photos, media, or other files.

Google has also added support for Spanish, Indonesian, and Brazilian Purtuguese to Assistant Go, added caller ID to the Phone app, and reduced the size of the Messages app for Android Go Edition devices.