Oculus, HTC, and Sony are expected to launch virtual reality headsets this year, but Google beat all of those companies to the punch when it introduced a piece of folded cardboard with a few lenses that lets you use your phone for virtual reality and 360-degree video experiences.

Now the company is reportedly getting ready to launch a new version of Cardboard, with better features, design, and materials (like plastic). And according to the Wall Street Journal, Google will also launch a standalone VR headset that doesn’t rely on your phone at all.

Unlike rival headsets, it also won’t need to connect to a computer or game console. 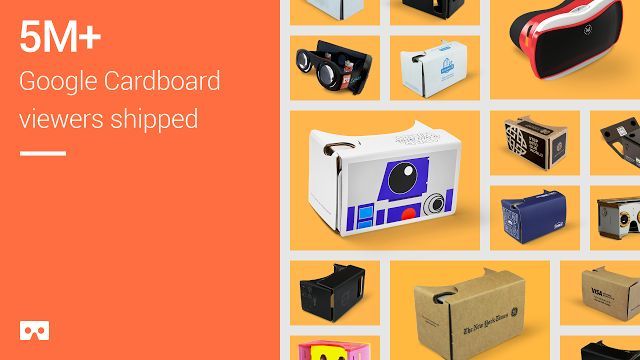 Google says more than 5-million Cardboard-compatible headsets have shipped to date. But it’s unclear whether a standalone device will be nearly as popular.

Part of the appeal of Cardboard headsets is the price: you can pick up models for around $5 to $30… or sometimes even less. Google and Verizon have both given away some in recent promotions, and rumor has it that Alcatel OneTouch will soon release a phone that comes in a box that you can use as a headset.

While it’d be nice to have a headset that you can use without first lining up your phone in the proper position and firing up a specific app, it’s unlikely that Google’s new headset would be nearly as affordable.

The Wall Street Journal says it’s also not yet clear when Google will release the device… or even if it will be released at all. It’s reportedly still in the early stages of development.