Giada’s latest compact desktop computer is a fanless PC that measures 7.5″ x 5.9″ x 1″. The Giada F105D is positioned as a solution for digital signage, but it could also be used anywhere you want a small, quiet computer… assuming you don’t need a lot of power.

The Giada F105 comes in two configurations, but both are powered by 6 watt Intel Apollo Lake processors. 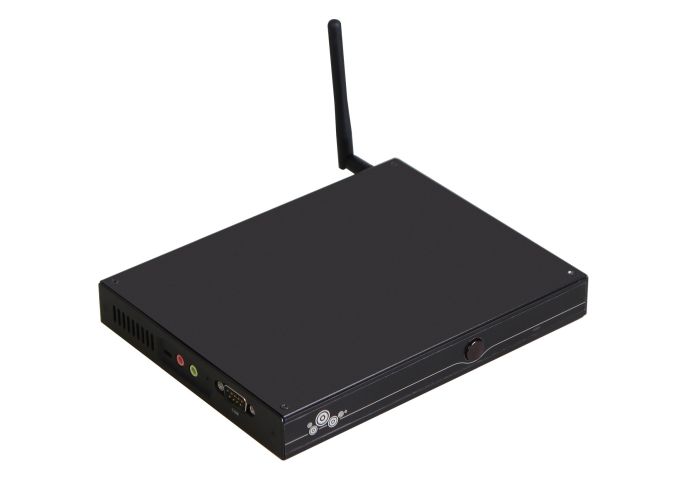 While neither of those chips is a powerhouse, they should be able to drive 4K displays, which comes in handy whether you’re building a digital signage system or a home theater PC.

The computers feature up to 4GB of RAM, a 2.5 inch drive bay for a hard drive or SSD and support for M.2 or mSATA solid state storage. There’s also a microSD card slot, two Gigabit Ethernet ports, three USB 3.0 ports, two USB 2.0 ports, and a mini PCIe slot for a WiFi + Bluetooth card.

I haven’t seen any information about the price or release date for the Giada F105, but while the company’s systems are designed for business use, you can often find Giada PCs on sale at retail sites such as Newegg.