GameFly Streaming is a service that lets you pay a monthly fee to stream a few dozen games over the internet. When it launched in mid-2015, GameFly Streaming was exclusively available to Amazon Fire TV users. Then GameFly added support for Samsung Smart TVs.

Now LG has announced that GameFly Streaming is coming to its smart TVs powered by webOS. 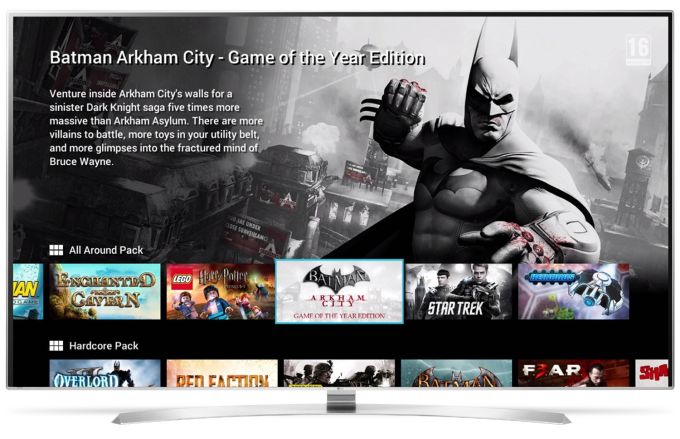 The app should be available in late April and it should work with 2015 and 2016 LG Smart TV models running webOS 2.0 and webOS 3.0 software. The service will be US-only, at least at launch.

Like other platforms that support GameFly Streaming, LG TV owners will be able to connect a gamepad to the TV and connect to games stored on a remote server, allowing them to play console-style games without a game console.

Have an old HP TouchPad or Palm Pre running webOS software? You’re probably out of luck. The webOS software that runs on LG TVs may be based on the same technology as the smartphone and tablet OS that LG acquired from HP… after HP acquired it from Palm. But they’re about as alike and Android and Ubuntu (which both use a Linux kernel, but that’s about where the similarities end).