Epson may be better known for making printers than computers in the US. But if you happen to live in Japan, you can pick up the company’s latest Windows 8 portable. It’s called the Epson Endeavor S NY10S, and it’s an 11.6 inch slider-style tablet with a pull-out keyboard that hides behind the display when you don’t need it. 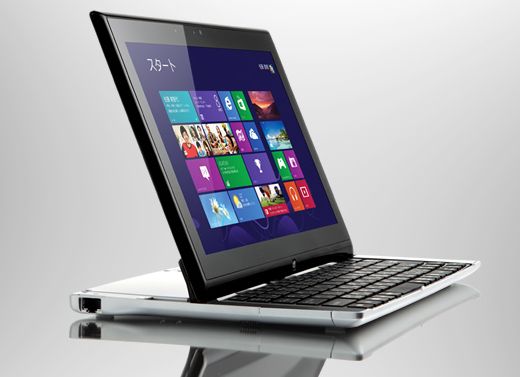 It weighs 2.6 pounds, which makes it a bit heavier than a tablet without a keyboard, but still reasonably light by notebook standards. And when you pull the keyboard out from under the screen, you can basically use this device like a notebook — albeit one with a keyboard, but no touchpad.

The Epson Endeavor S NY10S also has room for a few more ports than you might find on other tablets, including an Ethernet jack, 2 USB 3.0 ports, an HDMI port, and an SD card slot. It also supports WiFi and Bluetooth.

Epson says the tablet should get up to 6 hours of battery life.

Like most Epson computers, it’s unlikely that this model will be available outside of Japan. In that country it sells for about $1200.

via Ultrabook News and Mobile Geeks