Dell is updating its Latitude line of portable business PCs with a new 2-in-1 tablet sporting a 13 inch, 1920 x 1280 pixel touchscreen display with support for touch and pen input, up to 500-nits of brightness, and a 3:2 aspect ratio.

The new Dell Latitude 7320 Detachable also works with a detachable keyboard (thus the name), allowing you to use the computer like a notebook by extending a kickstand and snapping the magnetic keyboard into place.

Dell says the 2-in-1 tablet supports up to an Intel Core i7 vPro processor, Intel Iris Xe graphics, up to 16GB of LPDDR4X-4266 memory, and up to 1TB of PCIe NVMe solid state storage. The Latitude 7320 Detachable is available from Dell.com starting today for $1549 and up. 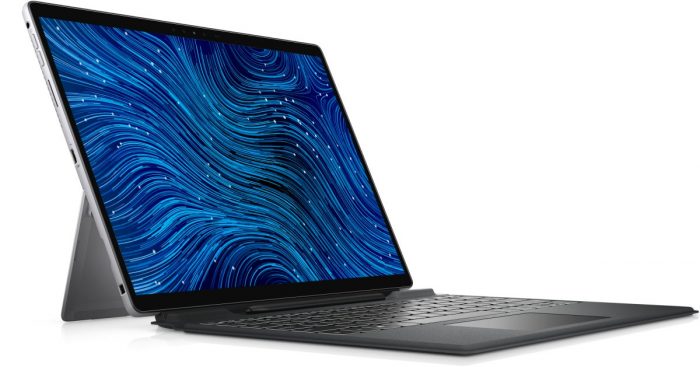 While that’s a steep price by consumer tablet standards, the tablet is aimed at business and enterprise customers and includes support for optional features including a 4G LTE modem, Smartcard reader, and biometric security through an IR webcam and/or fingerprint reader. There’s also support for Dell’s enterprise security and management features.

The tablet has a 5MP front facing camera with support for 1080p/30fps video recording, which should hopefully be better for video calls than the lousy webcams found in most laptops.  There’s also an 8MP/1080p rear camera, dual microphones, and stereo speakers.

Dell’s new tablet features two Thunderbolt 4 ports that can be used for data, video output, or charging. The tablet is available with 45W or 65W USB-C power adapters to refuel the 40Wh built-in battery.

The Latitude 7320 Detachable supports WiFi 6 and Bluetooth 5.1 and Dell notes that you can also connect to wired networks by using a USB-C to Ethernet adapter. If you opt for a model with 4G LTE you’ll get a Qualcomm Snapdragon X20 LTE modem.

Another interesting feature is the optional pen designed to work with this tablet. The pen has a built-in battery and support for wireless fast charging. While Dell only promises up to 90 minutes of continuous use from a charge, it takes just 30 seconds to wirelessly recharge the pen.

Just drop the pen into the small groove at the top of the keyboard cover and it’ll snap into place magnetically and begin charging. 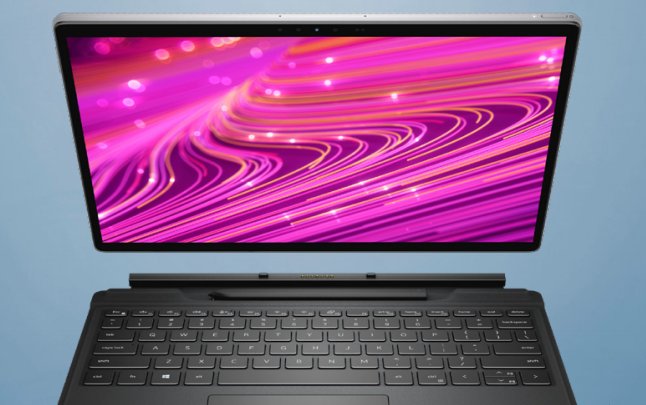 The good news is that if you put down the pen for half a minute every now and again it’ll almost feel like you never have to charge it, because it’ll recharge so quickly you won’t notice. The bad news is if you just want the pen but not the keyboard cover, you’re out of luck. As far as I can tell, the only way to charge the pen is to use the keyboard.