It’s been two years since the Chromecast with Google TV first launched, and the 4K media streaming dongle still has the same $50 list price that it did on day one, although it does go on sale from time to time.

Soon there might be a cheaper option though. Rumor has it that a 1080p model is on the way, and now we may have the first pictures of that model, courtesy of Brazil’s wireless regulatory agency. 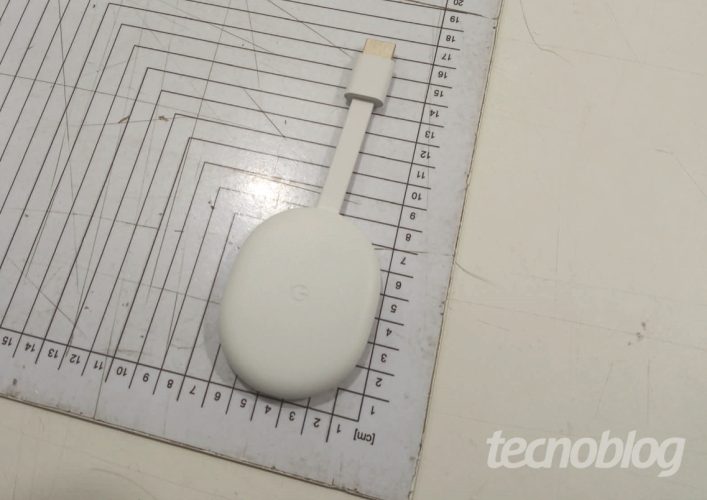 Tecnoblog spotted a listing for the new Chromecast device at Anatel, which is Brazil’s version of the FCC.

From the outside, the new Chromecast looks virtually identical to the 4K model on the outside. It’s a small oval that hangs from the back or side of your TV when you plug the short HDMI cable and connector into your display. Like the original Chromecast with Google TV, it will come with a power adapter and remote control.

It’s expected to support WiFi 5 and Bluetooth LE wireless connections. And it has the same G454V model number that showed up recently at the FCC, which means that the same Chromecast with Google TV will likely be sold in the US, Brazil, and other regions.

What the documents don’t tell us is what’s under the hood. In order to keep costs down, the new model will likely have a cheaper, less powerful processor than the original. It could eventually replace the current entry-level Chromecast, which is a $30 media streamer with support for 1080p video that ships without a remote control or Google TV software, instead relying on your phone, tablet, or PC for remote controls.

You can find more pictures of the upcoming 1080p Chromecast with Google TV at TecnoBlog.