This week BLU introduced a new 5.2 inch smartphone with a full HD display, a fingerprint scanner, and a starting price of $150 (or less).

But it looks like the company has at least two more phones coming soon.

Documents for unannounced smartphones called the BLU Life Max and the BLU Studio G Plus HD showed up at the FCC this week.

The FCC documents include pictures, but not detailed specs. But here’s what I can tell so far:

This phone has a fingerprint sensor on the back, dual SIM card support, a microSD card slot, an FM radio tuner, 802.1b/g/n WiFi, Bluetooth, and 4G LTE.

While there aren’t many other details, there are a bunch of photos of the phone, including some that show the Blu Life Max has a micro USB connector, a headset jack (not always a given anymore), and a mono speaker (probably):

The company already has a $92 smartphone called the Blu Studio G HD, featuring a 5 inch, 720p display, 1GB of RAM, 8GB of storage, and a quad-core MediaTek 6737 processor. 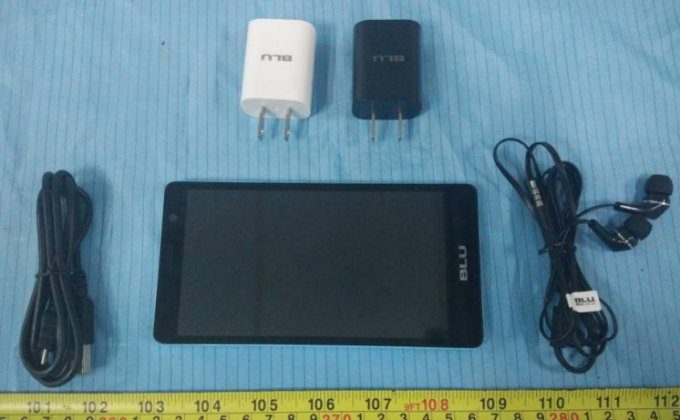 According to FCC documents, the Plus model has dual SIM card slots, a microSD card reader, FM radio, 802.11b/g/n WiFi, Bluetooth, and 3G support ( I see no mention of LTE).

The Blu Studio G Plus HD has a 2,500 mAh battery and a MediaTek MT6580A quad-core processor. Interestingly, while this phone is called Plus, that 32-bit quad-core processor seems to be a less-powerful chip than the 64-bit MT6737 chip used in the original Studio G HD.

There’s no word on the price or launch date for either of the new phones… because Blu hasn’t actually announced them yet.