Silent Circle’s Blackphone line of smartphones are designed to be super-secure devices that run a modified version of Google Android called Silent OS that places an emphasis on privacy and security.

But it’s hard to ensure that a device is secure if it’s purchased from an unauthorized seller, since the “Blackphone” you buy from eBay (or other unauthorized stores) might be a knockoff of a genuine device that’s been modified to be less secure.

So Silent Circle has rolled out a software update to Silent OS that prevents the operating system from working on devices that are “identified as unlicensed.” 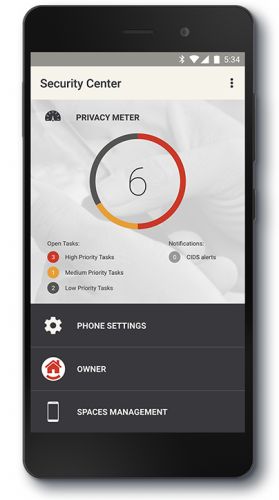 The move could come across as hostile toward users… but since the company’s entire raison d’etre is to guarantee a certain level of security, it makes sense for Silent Circle to take steps to combat the sale and use of unauthorized devices that could potentially put users’ data at risk (and damage the company’s reputation).

That’s probably little comfort to folks who thought they could score a good deal on a Blackphone 2 by ordering one from eBay for $100 less than the full retail price… only to find that it no longer works.

Maybe we’ll start to see custom ROMs bring bricked Blackphone 2 smartphones back to life? There’s already a working custom recovery that you can use to flash firmware on the phone. But you may not get all the features available to users of authorized devices.

For now, the most active discussion in the xda-developers forum for the Blackphone 2 involves people discussing phones that have had features disabled following the update to Silent OS 3.0.8… and phone sellers suggesting users not install the update.