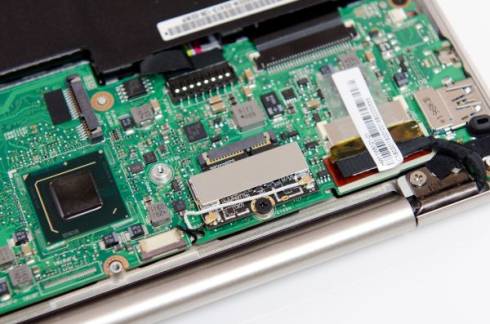 The Asus Zenbook UX21 is one of the first ultrabooks to hit the streets — and the first ultrabook to feature an 11.6 inch display. It’s considered an ultrbaook because the laptop weighs less than 3 pounds, has the latest Intel processor, and features a solid state disk, quick boot technology, and a few other goodies.

But what does it look like on the insides? The folks at AnandTech took a UX21 apart to see what makes it tick.

On the one hand, Asus doesn’t really expect people to open up the laptop. You have to remove 10 screws to take off the bottom panel, which is a shame because the only way to get at the battery or RAM is to remove that panel.