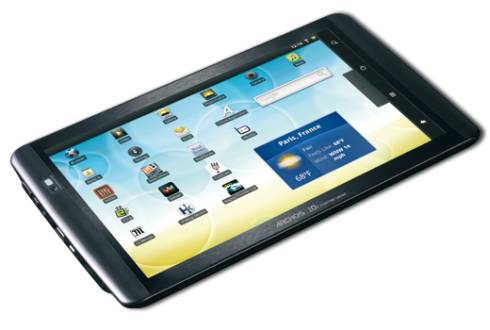 We’re still waiting for the new Archos Gen9 tablets featuring Google Android 3.1 Honeycomb to hit the street. But the company hasn’t forgotten about all the folks using the Gen8 tablets launched last year. This week Archos released a software update for the Archos 28, 32, 43, 70, and 101 tablets.

The new firmware is still based on Google Android 2.2 Froyo, but it includes a number of improvements including:

There are also fixes for audio, video, and WiFi bugs. You can download the latest software update and find installation instructions at the Archos web site.

The folks at ArcTablet report that you may not be able to root an Archos tablet after applying the software update — but if you’ve installed the Android Market using ArcTools it should still be supported after updating. Overall there aren’t any really big changes in the firmware update, so if you rely on root access you might want to hold off on updating for now.

Or you could just try installing CyanogenMod which offers Google Android 2.3 Gingerbread and many features you don’t get with the official Archos firmware. Unfortunately CyanogenMod for the Archos Gen8 tablets is still in the early development phases.

One reply on “Archos releases software update for Gen8 tablets”