Apple may not have launched any new Apple TV hardware at the WWDC conference this week. But it looks like there may be some major Apple TV news on the horizon.

The latest iOS developer tools include hints that Apple TV will be able to support third-party apps in the future. 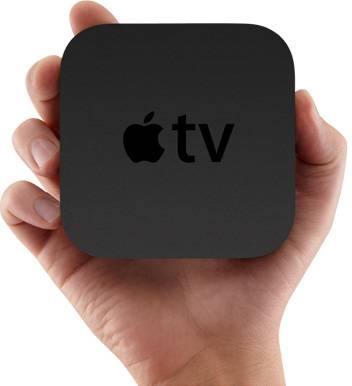 Right now Apple TV users can access a series of “channels” to view or listen to content from services including Netflix, HBO, Showtime, YouTube, Hulu, Disney, and other sources.

But if Apple is getting ready to open up an App Store and invite iOS developers to create TV-friendly apps for the platform, it could dramatically increase the number of things you can do with an Apple TV device.

The latest Apple TV sells for $69, but it’s not clear if that model will support new features.

Earlier this year Buzzfeed reported that Apple was preparing to launch a new version of its set-top-box that would have a faster processor, more storage space, and support for Siri voice assistant features, among other things. It’s possible that only this newer, more powerful Apple TV will support apps.

It’s also possible that Buzzfeed was misinformed… or that Apple has changed its plans. But one likely scenario is that Apple is working on a next-gen Apple TV box that will support third-party apps… it just isn’t close enough to completion for the company to show it off this week.

via The Verge and MacRumors