Apple’s iPhone is already one of the most popular augmented reality devices. Just ask anyone who’s ever played Pokemon Go on their phones.

But Apple is encouraging developers to create even more complex augmented reality experiences for iPhones and iPads with the launch of a new ARKit platform for iOS 11.

The move comes just a few weeks after Google showed unveiled its Daydream 2.0 virtual reality platform with support for standalone headsets and augmented reality, among other things. 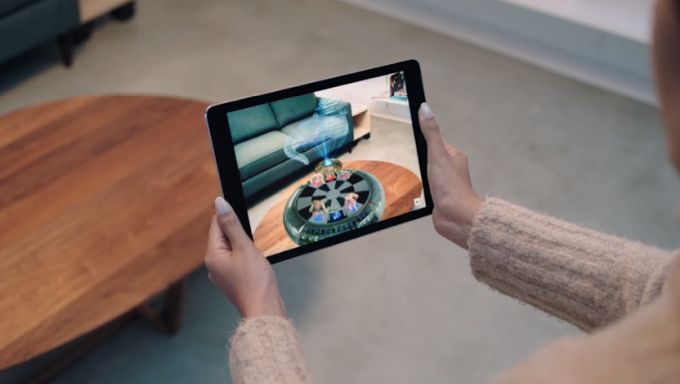 In a nutshell, ARKit provides tools that help developers create apps that use an iPhone or iPad’s camera, motion sensors, and processors to superimpose virtual items on real-world environments.

Not only could you place a virtual bowl of fruit on a table… you can see its shadow based on room lighting, and watch the shadow move if you move the virtual bowl.

Expect to see more Pokemon Go-like games in the future, but the new toolkit could also lead to apps that could be used for shopping, home decorating, and more. Basically Apple is taking aim at Google Daydream and Tango… but without the precise depth-sensing hardware required by Tango, or the headset required for Daydream.

Expect the results to be pretty… but less immersive and possibly less precise than what Google is currently working on.