Apple offers a line of “Smart Covers” for its iPads… and for the most part what’s smart about them is that they can serve as both protective coverings for the screen and as kickstands, depending on how their positioned.

But Apple is at least considering launching Smart Covers that can do more… much more.

The company applied for a patent on a multi-function screen cover a few years ago, and Patently Apple reports that the application has been approved. 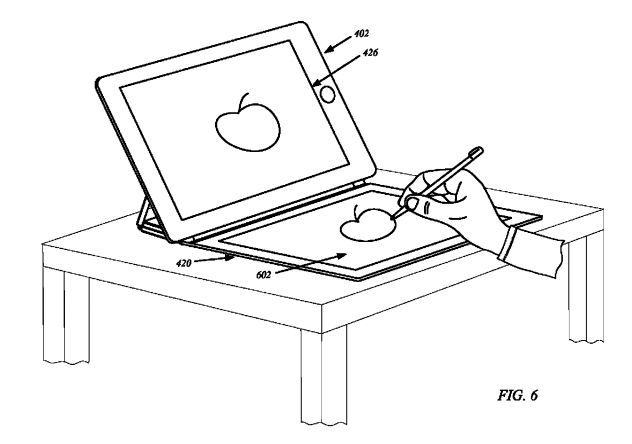 That means Apple has a patent on a Smart Cover with an integrated flexible display, keyboard, and solar panels. It also supports pen input.

Keep in mind, companies regularly apply for patents on products that never actually get built. We have no way of knowing whether Apple actually plans to launch a new Smart Cover with these features anytime soon. But it looks like the company was at least thinking of adding a whole bunch of features to its iPad protector several years before the company even introduced the first iPad with pen (err… pencil) support.

The patent describes a flexible cover that connects to the tablet much like an existing Smart Cover. But here are just some of the special features depicted in the patent:

Again, there’s no telling if a Smart Cover with any or all of these features will ever make it to market. But clearly someone at Apple thought it was a good idea to patent the concepts in case the company ever did plan to release a product like this.