Over the past few years a group of Chinese manufacturers that had been making Android-powered TV boxes with ARM-based chips have started offering small, cheap Windows PCs powered by Intel chips.

Then things took a turn for the weird in 2015, when some companies started adding touchscreens and batteries, blurring the lines between TV boxes, tiny desktops and tablets. 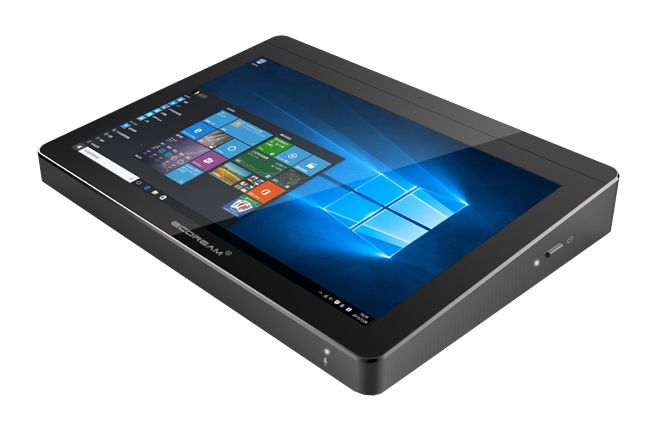 Mini PC DB got the scoop on a new all-in-one mini PC with an 8 inch touchscreen display, Windows 10 software (or Ubuntu Linux), and an Intel Apollo Lake low-power processor.

This particular model is coming from Shenzhen EC Technology and it’ll likely be sold under the company’s ECDREAM brand. But I suspect we’ll see a bunch of similar computers with Apollo Lake chips in the near future, because when one Chinese manufacturer does this, it usually means a bunch of others are already working on something similar.

The ECDREAM model will reportedly be available with a choice of Intel Celeron N3350, Celeron N3450, or Pentium N4200 processors. Each model features Intel HD graphics with support for 4K video playback.

The display features a 1280 x 800 pixel IPS panel, and the system features a 10,000 mAh battery, which should let you unplug the computer and keep using it for at least a few hours at a time.

According to Mini PC DB, the ECDREAM computer should be available in about a month for around $450.