Google has released the fourth and final beta of Android P… or the fifth developer preview, depending on how you want to look at it.

Android P brings a bunch of new features including native support for phones with notches in the display and/or multiple cameras, gesture-based navigation (and a new mulltitasking window), and a bunch of user interface tweaks.

If all goes according to plan, the version of Android P that rolls out to users will look a lot like the Android P Beta 4 release that’s available to testers today, because Google says Beta 4 “includes a release candidate build with final system behaviors.” 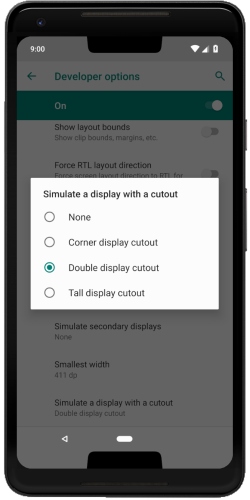 There are a few notable changes in the final beta, including:

If you have a Pixel device you can take Android P beta for a spin by enrolling in the Android Beta program. If you’re already enrolled, you should get beta 4 soon through an over-the-air update.

Third-party phone makers participating in the beta, including Sony, HMD, Oppo, Xiaomi, Vivo, and Essential should also be rolling out the update sometime within the next few weeks.

Update: That was fast. Essential released an update about an hour after Google made it available.

Google still hasn’t told us what the P in Android P stands for or exactly when the final release will be available. But if the company sticks to the schedule laid out earlier this year, it’s due to launch sometime in the third quarter of 2018… which means one day between today and the end of September.

One reply on “Android P is almost here, final beta is available today”