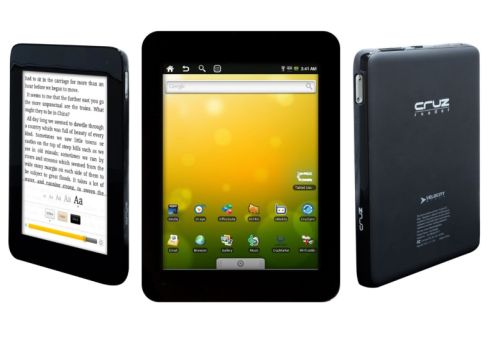 Velocity Micro has released a software update for the Cruz Micro T301 Android tablet which updates the operating system to Google Android 2.2 Froyo. All new models will ship with Froyo, and existing users can download software that will update their tablets from Android 2.0 to 2.2.

Sure, Android 2.3 or 3.0 would have been nice, but the Froyo update at least means you can now install some apps on an SD card. Adobe Flash Player also requires Android 2.2 and up — although it’s not clear at the moment whether Flash works on the T301 yet.

The software update also repartitions the tablet’s 4GB of internal storage into two 2GB partitions with one appearing as /sdcard (and the external SD card slot now showing up as /sdcard2). Unfortunately Velocity Micro says this will reduce “the number of apps you can install by a little less than half.” That’s probably an oversimplified description though, since some apps take up more space than others.