Have an iPhone and an Apple TV? Then it’s easy to stream content from your phone to your television using AirPlay.

But if you want to stream your videos to a Chromecast, Amazon Fire TV, Roku, Xbox One, or other TV box then AirPlay won’t help. 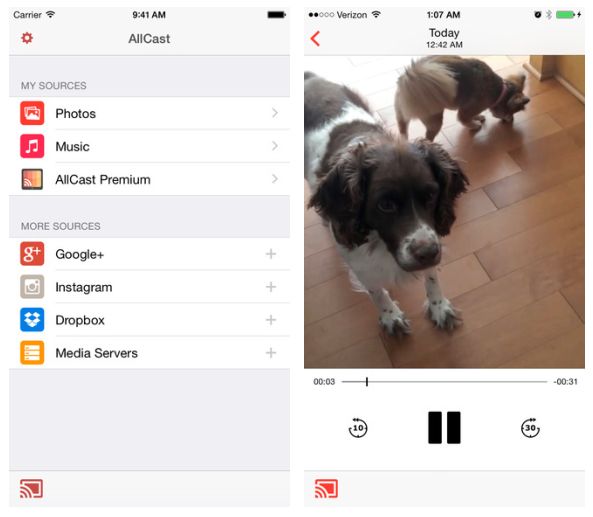 The app, which has been available for Android devices for a while, lets you send videos, music, or photos from your phone to your TV using a wide range of hardware.

In addition to the boxes mentioned above, if you’ve got a recent Sony, Samsung, or Panasonic Smart TV you should be good to go. Same goes for most devices that support DLNA. You can even send media from your phone or tablet to a computer as long as you have the Chrome web browser and AllCast Receiver add-on installed.

Developer Koushik Dutta is probably best known for his work with Android. In addition to AllCast, he’s the developer behind ClockworkMod Recovery, Superuser, ROM Manager, and Helium app sync.

AllCast for iOS is available from the App Store for free, but if you want to remove the ads and streaming limits you’ll need to pony up some money for in-app purchases.