Acer’s first Chromebook with AMD Ryzen processors are coming next month. The Acer Chromebook Spin 514 is a 3.4 pound convertible with a 14 inch touchscreen display and a 360-degree hinge that lets you use the Chrome OS computer in laptop or tablet modes.

The Chromebook Spin 514 will be available starting in February for $480 and up, and it comes with a choice of AMD Ryzen 5 3500C or Ryzen 7 3700C quad-core processors with Radeon Vega graphics. 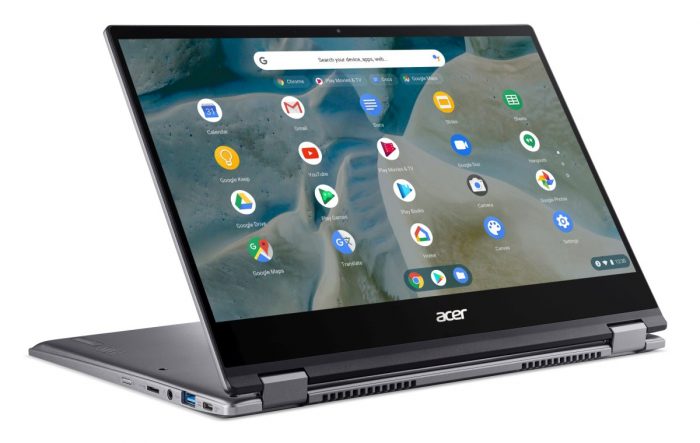 Those are some of the “new” processors AMD introduced for Chromebooks last September. Really, these are just rebranded versions of the Ryzen 3000U chips AMD released for Windows laptops in 2019. While they’re based on older architecture than the newer Ryzen 4000U processors, they are the most powerful AMD chips available for Chromebooks at the moment.

Acer says its newest Chromebook will be available with 4GB to 16GB of DDR4 memory, up to 128GB of eMMC or up to 256GB of PCIe NVMe solid state storage, and the laptop features a 1920 x 1080 pixel IPS touchscreen display covered with scratch-resistant Corning Gorilla Glass.

The notebook measures 0.68 inches thick, but it’s MIL-STD-810H compliant and designed to withstand 132 pounds of downward force or a full from heights of about four feet. 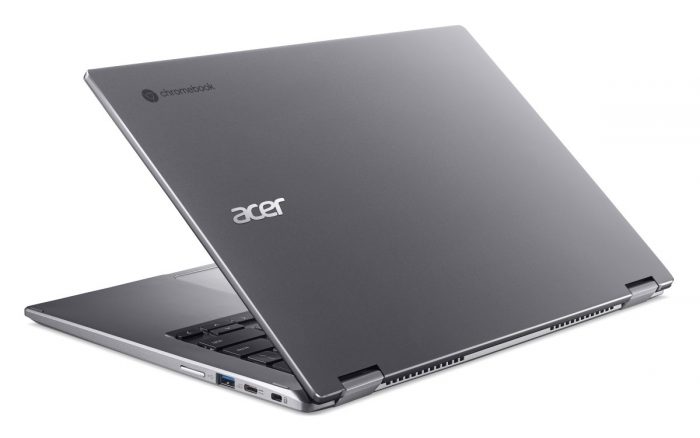 The notebook supports video out over USB-C as well as USB-C charging, and select models also have an HDMI port. There’s also a backlit keyboard option.

Other features include stereo speakers, WiFi 5 and Bluetooth 5.0, and an HD webcam.

Acer will also offer a Chromebook Enterprise Spin 514 model with support for Google’s Chrome Enterprise services and features and PCIe NVMe solid state storage. The enterprise edition laptop will be available in March for $750 and up.