Now AMD is taking aim at higher-performance Chromebooks. The company has introduced a new line of Ryzen and Athlon chips for Chromebooks. And unlike last year’s AMD A4 and A6 Chromebook chips, these new processors all use the company’s Zen CPU architecture.

But maybe I shouldn’t call them new chips. 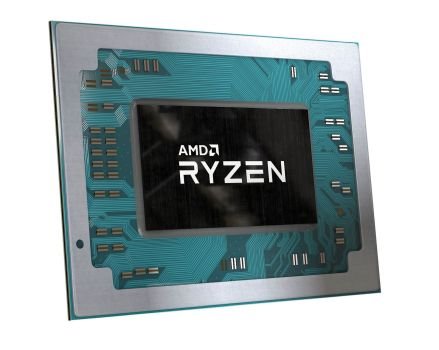 That’s because AMD is basically taking five existing 15-watt U-series processor and rebranding them as Chromebook chips by replacing the U at the end of the name with a C. The company says this will make it easier to find information about a new chip when searching the web, but the “new” Ryzen chips are essentially the same processors AMD launched for Windows laptops at the start of 2019, while the “new” Athlon processors debuted earlier this year.

That said, AMD now has solutions for entry-level, mid-range, and Premium Chromebooks.

The company says its new 15-watt Ryzen Chromebook chips with Zen CPU cores should offer more than a 2X performance boost for web browsing and web apps when compared with the AMD A6-9220C processor that was, until recently, the most powerful AMD chip for Chromebooks.

Accordingto AMD, in addition to bringing a performance boost, the new chips bring support for features including WiFi 6 and Bluetooth 5 and are generally more suitable for mid-range and premium Chromebooks, including models with larger screen sizes (expect to see 14 and 15.6 inch displays).

AMD isn’t discontinuing its older Chromebook chips. They’re already used in 8 different Chromebooks from companies including Asus, Dell, and HP and AMD says those models will continue to be available. But we should expect to see 6 new models with the “new” chips soon.

3 replies on “AMD introduces Ryzen and Athlon chips for Chromebooks”