ZTE’s next premium smartphone for the US market has some rather fancy specs including 4GB of RAM,a dual-lens camera with support for recording 4K video, and stereo front-facing speakers.

The ZTE Axon won’t officially launch until July 14th and that’s when we’ll learn more about the phone. But the website ZTE has already set up for the Axon suggests it’ll have a retail price of about $450, making it relatively affordable for a phone with high-end specs. 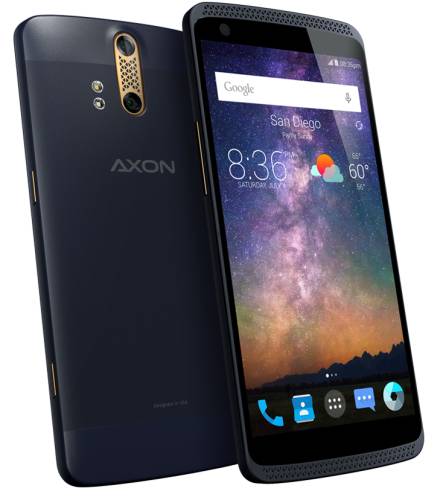 Of course, this won’t be the first phone with 4GB of RAM. You can pick up an Asus Zenfone 2 with 4GB of RAM and 64GB of storage for $299 (or less). But while the Asus phone offers strong all-around performance, it has an underwhelming speaker, a mediocre camera, and a plastic body.

ZTE says the Axon smartphone has a metallic case, twin microphones for noise reduction during calls and video recordings, and an unspecified “lightning-fast” processor and “large battery.”

As for the $450 price, that hasn’t been officially announced, but ZTE is giving away four phones as part of a contest, and the rules for that contest describe it as having an approximately retail value of $450.