Earlier this month, Wacom showed of its Cintiq Companion 2 at the Consumer Electronics Show. The new artist’s tablet promises advanced technology for the optimum pen-on-screen experience.

From a new FCC filing, it looks like the Cintiq Companion 2 could be ready to ship soon. 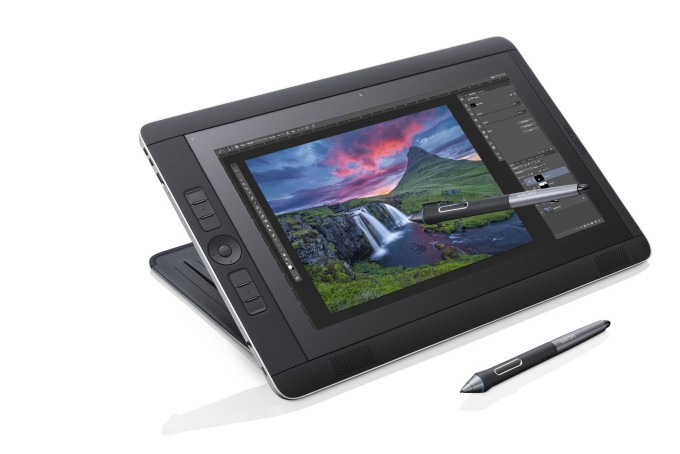 The tablet works as either a Cintiq graphics tablet or a full Windows 8.1 tablet. When connected to a desktop or laptop computer, the tablet can be used as a primary or secondary Cintiq display screen.

The companion Pro Pen can be used as a brush, pen, or marker when combined with a number of creative software programs. It has 2048 levels of pressure sensitivity and tilt recognition.

It also comes with three USB ports, and an SD and Micro SD slot. Plus, thanks to the new Cintiq Connect feature, you can use the Companion 2 with any system that supports an HDMI output signal, including Mac and PC computers.

I know what you are thinking, $1,300 for a tablet is way too expensive. However, I have a few artist friends that swear by Wacom’s tablets and are probably saving pennies (and hundred dollar bills) in their piggy banks right now in order to buy one.

The entry-level model is also priced $200 lower than the original Cintiq Companion was when it launched in 2013.

Wacom originally announced that it would be available for pre-order at the company’s online store in February. Based on yesterday’s FCC filing, it is possible that the tablet will also be ready to ship soon after.