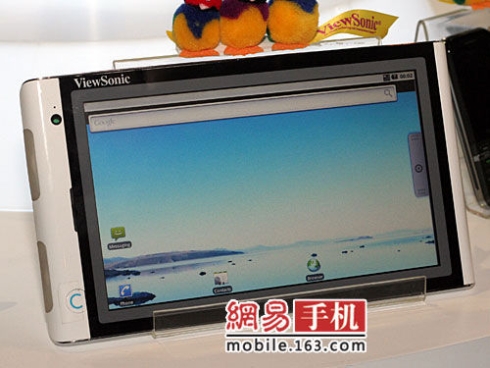 ViewSonic, a company best known for making LCD TVs and PC monitors has been putting out netbooks and mini-desktops for a little while. And now the company wants in on the tablet space as well. While the company was rather quiet on the tablet front at the decidedly tablet-heavy Consumer Electronics Show in Vegas earlier this month, ViewSonic held an event in Beijing yesterday to introduce a new 8.9 inch tablet running Google Android and based on the NVIDIA Tegra 2 platform.

The ViewSonic VTablet 101 packs a 1GHz ARM-based processor and NVIDIA graphics. That means it should have enough oomph to pump out 1080p HD video, and once Google and Adobe bring Flash support to the Android operating system, it should be able to play HD Flash video from the web as well.