Sony may have sold off it Vaio PC business, but that doesn’t mean the Vaio brand is dead. The new Vaio corporation started selling its own laptops this summer.

Now the company is showing off a prototype of a premium Windows tablet which looks like it could be an alternative to the Microsoft Surface Pro 3. 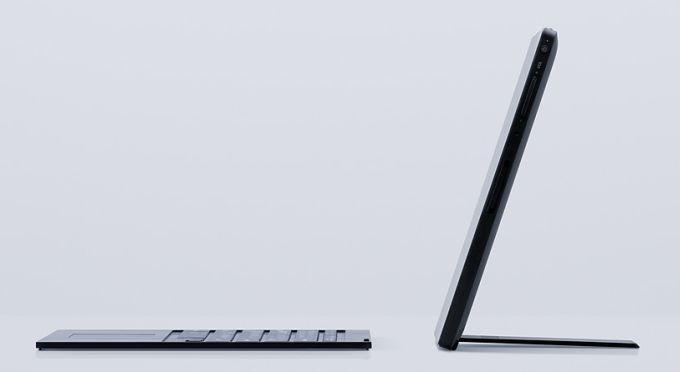 Vaio hasn’t committed to selling this tablet yet, and even if the company does begin mass producing its new tablet it might not be available outside of Japan anytime soon.

But if you’re in Japan, The Wall Street Journal reports you might be able to pick one up eventually for around ¥200,000 which is about $1830 US.

It’s also designed to work with a pressure-sensitive digital pen for writing or drawing and a keyboard cover that lets you use the notebook like a tablet, or which protects the screen when it’s not in use.

Sony introduced a similar device called the Vaio Tap 11 in 2013. Like the new prototype, that tablet was designed to run Windows software and work with a pen and keyboard. But the newer model seems to have more power under the hood.