The Toshiba Astrea is a convertible laptop with a high-resolution touchscreen display and a 360 degree hinge which lets you fold the screen all the way back and use the computer in tablet mode.

Microsoft unveiled the Astrea during a keynote at the Computex show this week, but it probably won’t be available for purchase until later in 2015. How do we know that? Because it features a 6th-gen Intel Core “Skylake” processor… and those won’t hit the streets until closer to the end of the year. 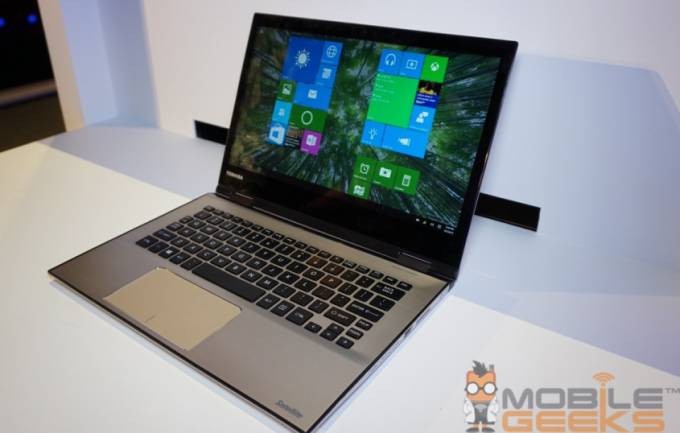 Microsoft and Toshiba haven’t shared many details about the Astrea yet, but the folks at Mobile Geeks spotted an unnamed Toshiba convertible on display at Computex… and it certainly looks like this could be the same computer mentioned by the Microsoft blog.