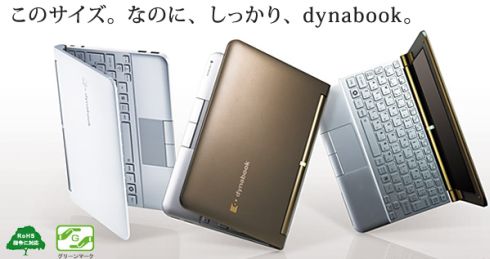 Toshiba is launching its second foray into the netbook space, this time with a mini-laptop sporting a 10.1 inch display.

The Dynabook UX comes in brown or white, and a choice of batteries. Toshiba says the standard battery should last for about 4 hours, while the extended battery could provide up to 10 hours of use.

via PC Advisor and PC World